Back from a fun weekend in Virginia Beach with a bunch of 0n30 folks. Had a chance to put some faces with names. Tom Sullivan deserves a great big THANK YOU for putting on this wonderful event. Lots of long-time and new narrow gauger's in attendance. (Mark Chase, Bill Davis, Steve Sherrill, Bill Uffelman, and Steve Fisher to name a few). Clinics were given on soldering, paper models, weathering wood, weathering and reality, show and tell, and what's new in dead rail. 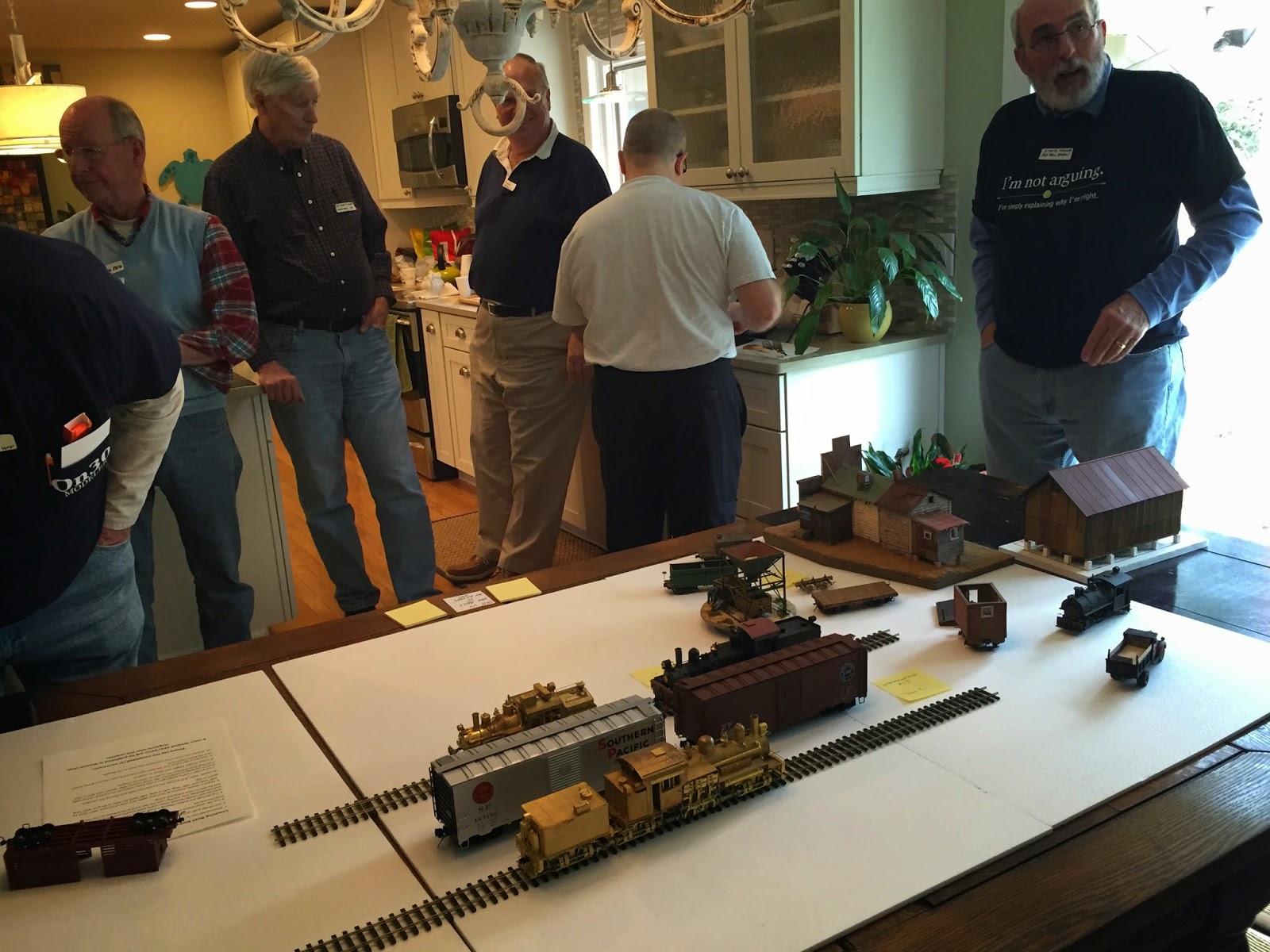 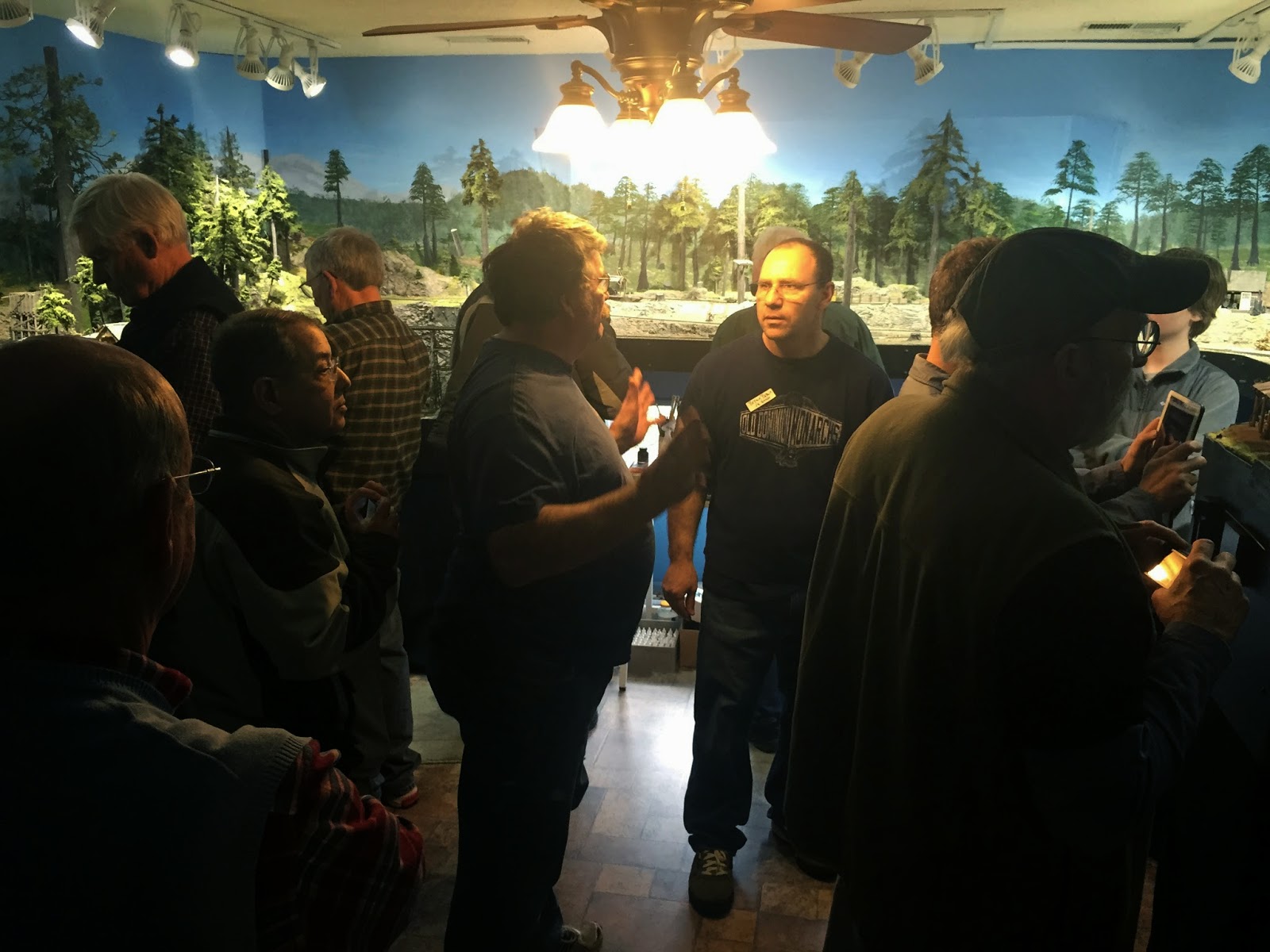 Tom had his two-foot based On30 line running for the group. Tom's done a great job getting the layout together. I failed to recognize some of my own handywork displayed. Tom did a great job on the shingled engine house! 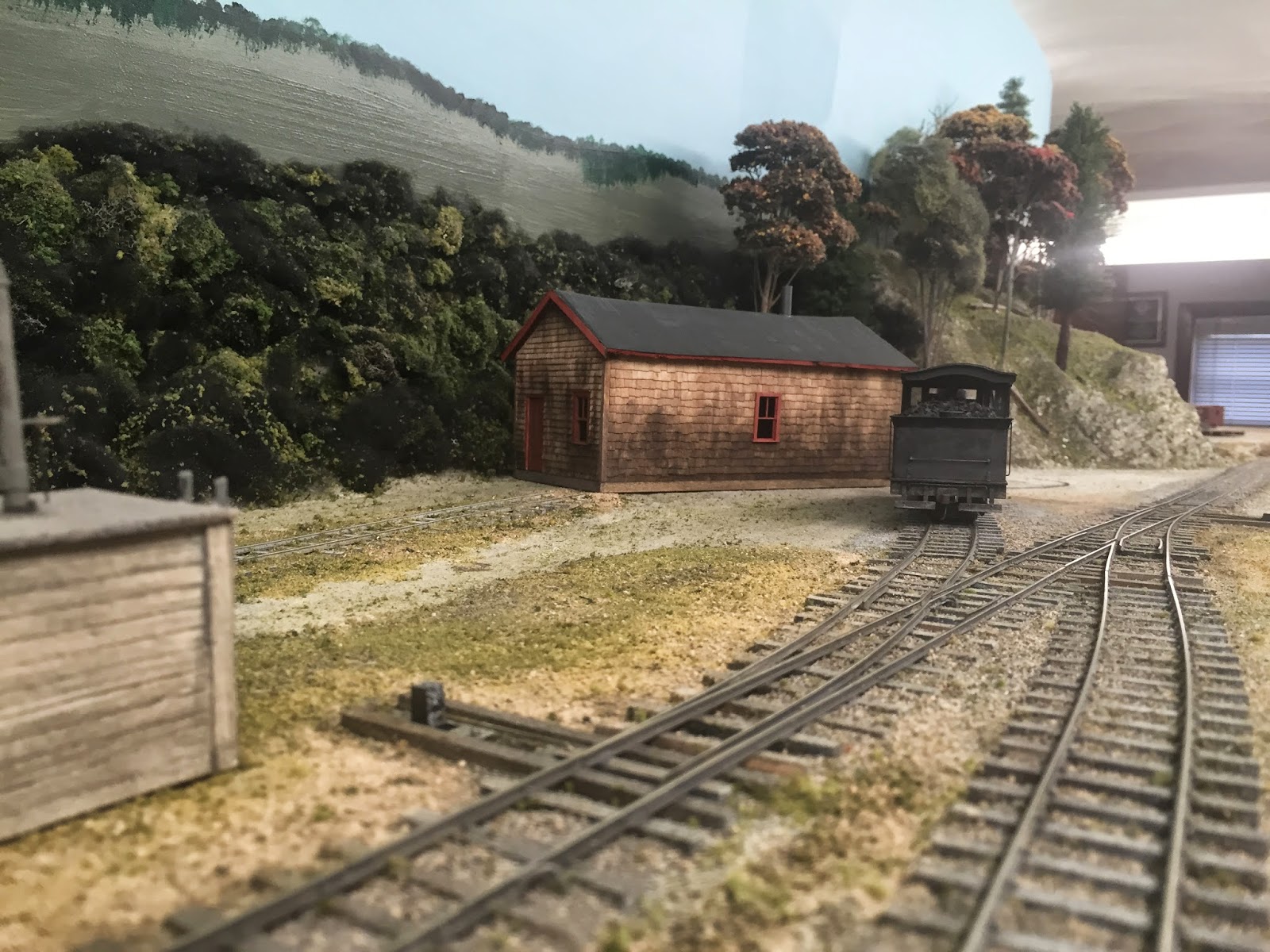 We also visited a nice western On30 logging layout by Bryan Brown, a short drive away. Bryan has been building some wonderful Serra West kits and his layout displays them very well. 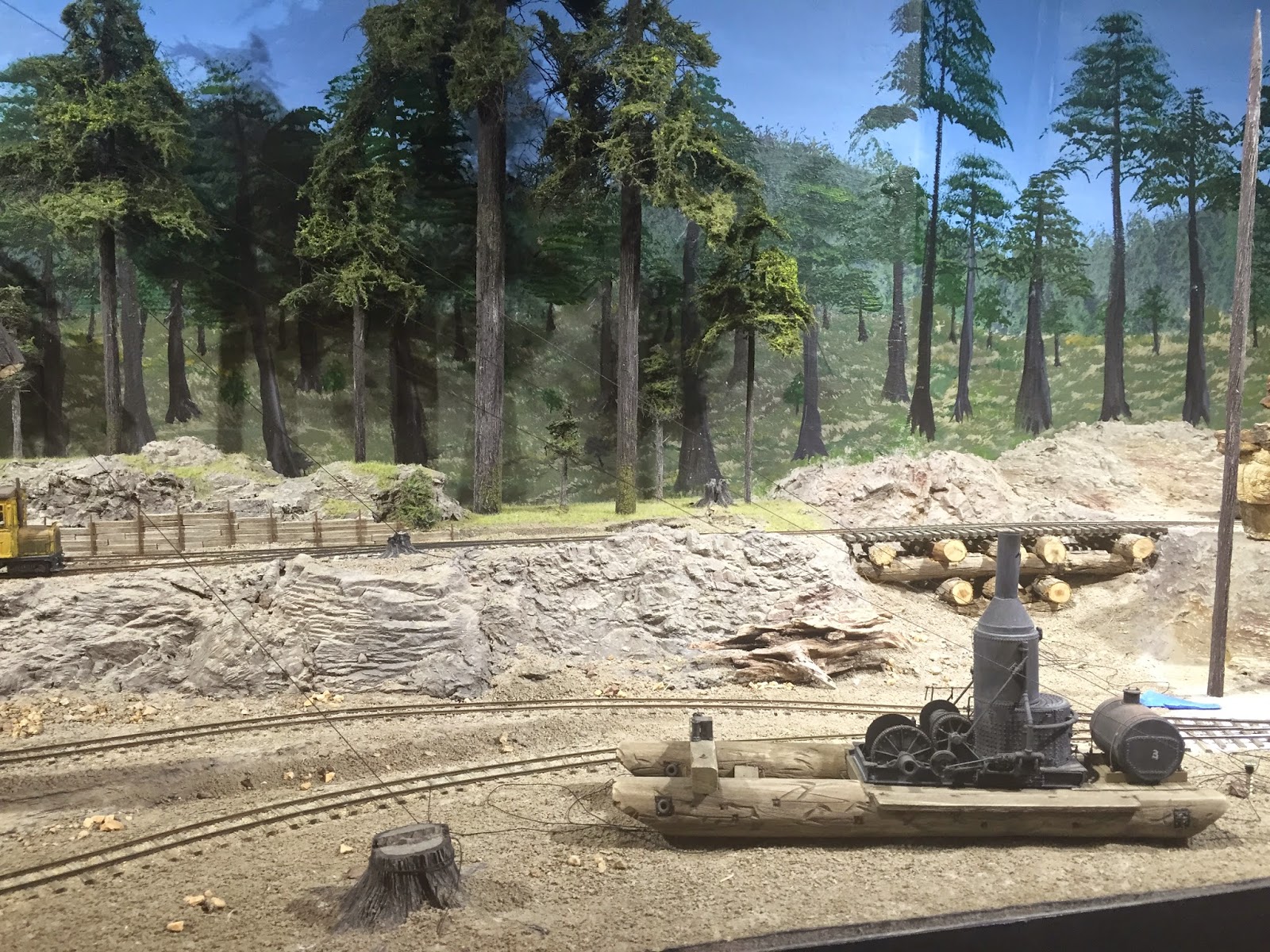 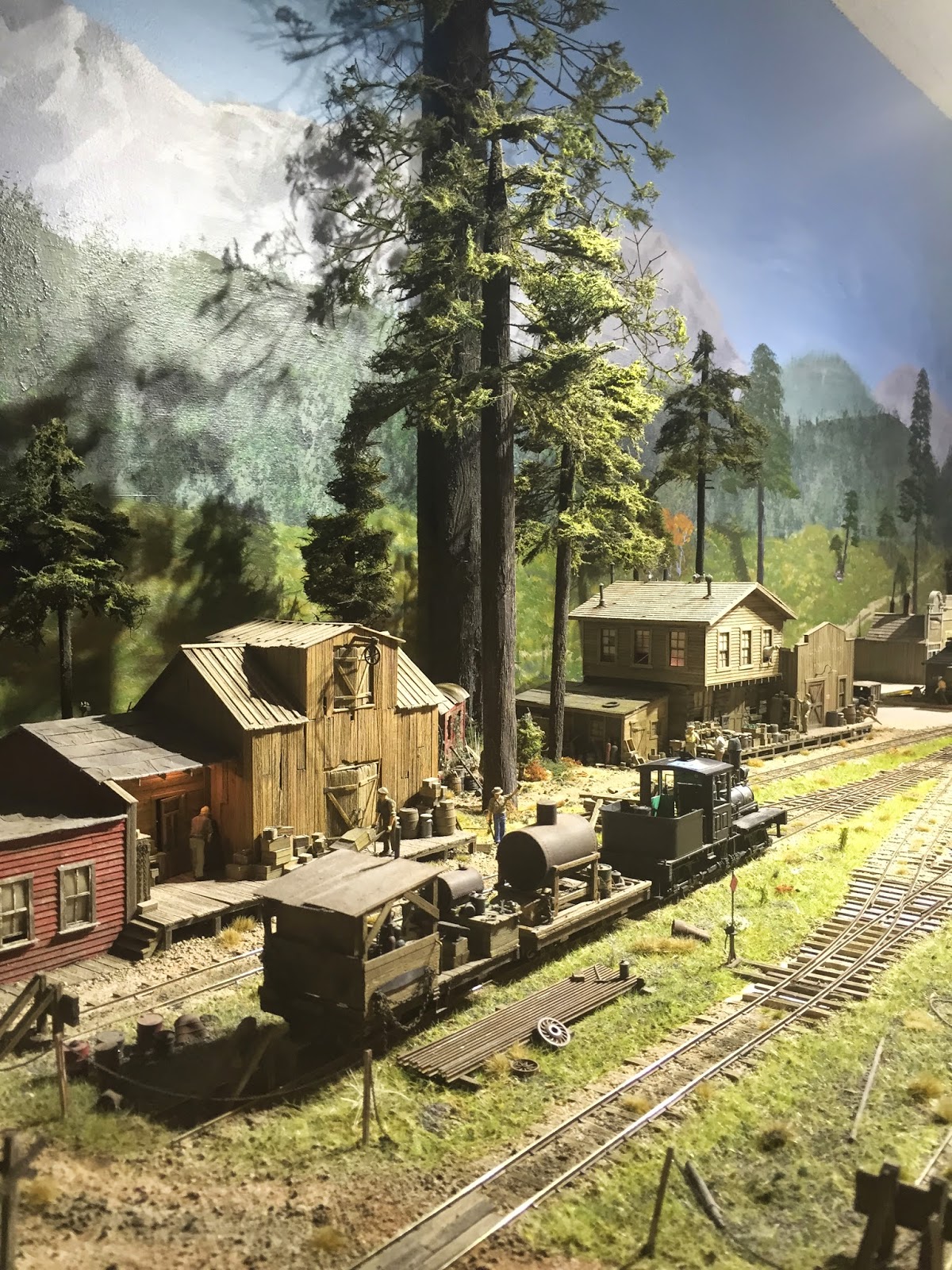 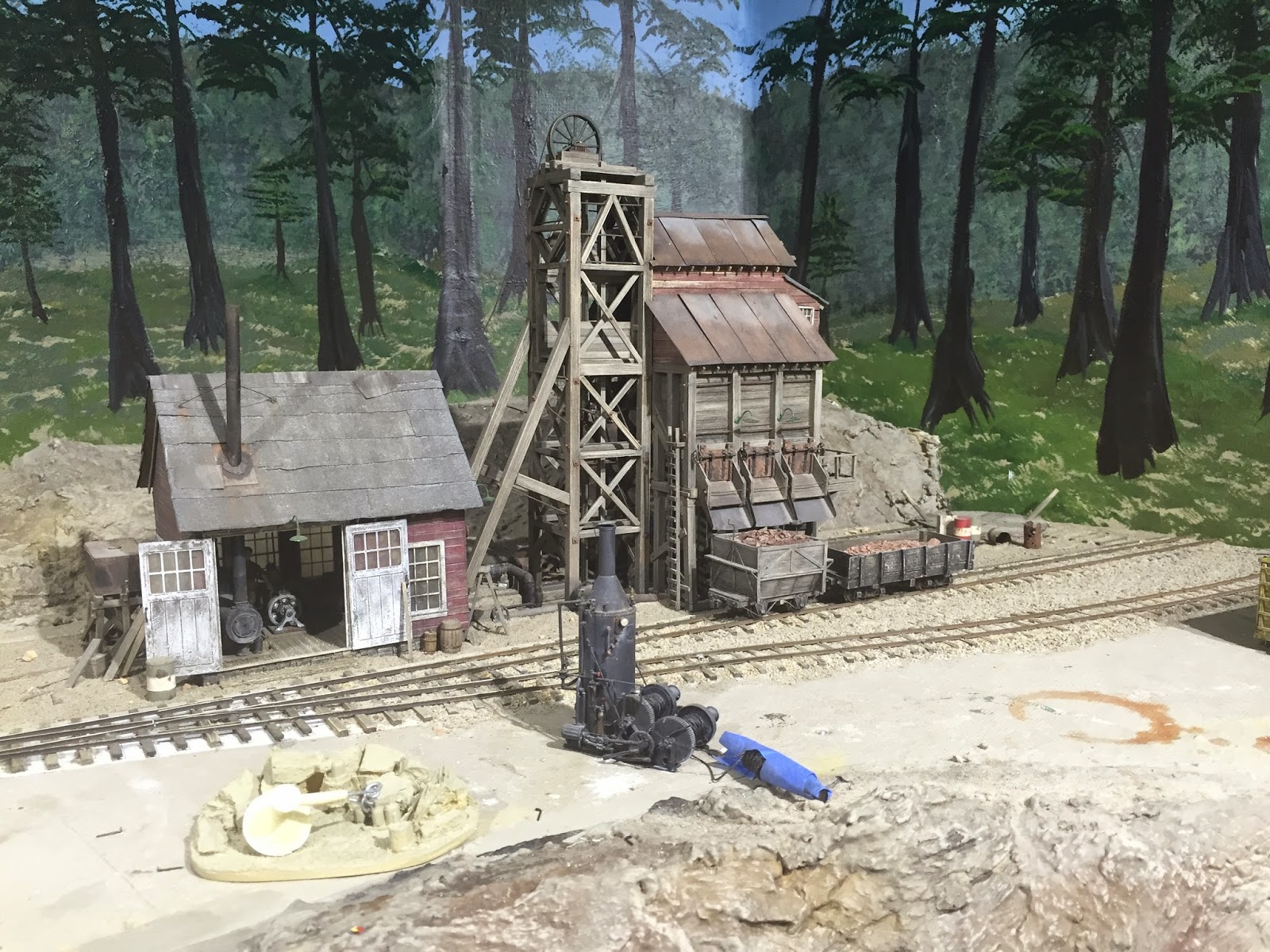 Tom Colasurdo provided some AWESOME smoked pork barbeque that went over very well with the group. Overall it was a wonderful time. Not enough time to see it all, talk to everyone, so we'll have to do it again!

Email ThisBlogThis!Share to TwitterShare to FacebookShare to Pinterest
Labels: On30

After conversing with my friend and expert brass worker Jeff Kraker, I dove into changing the tender. He suggested that I use brass wire for the tender wrap over. I had fairly good success with using his technique on the first try. One end did get bent a little while I was working with it, which made things more difficult than they needed to be. I cut the old top off using a dremel tool cutting disc, then filed to get a flat surface on all three sides. Not a perfect fit but close enough, especially for the first try. The new brass top was mounted onto the tender shell using AC glue. 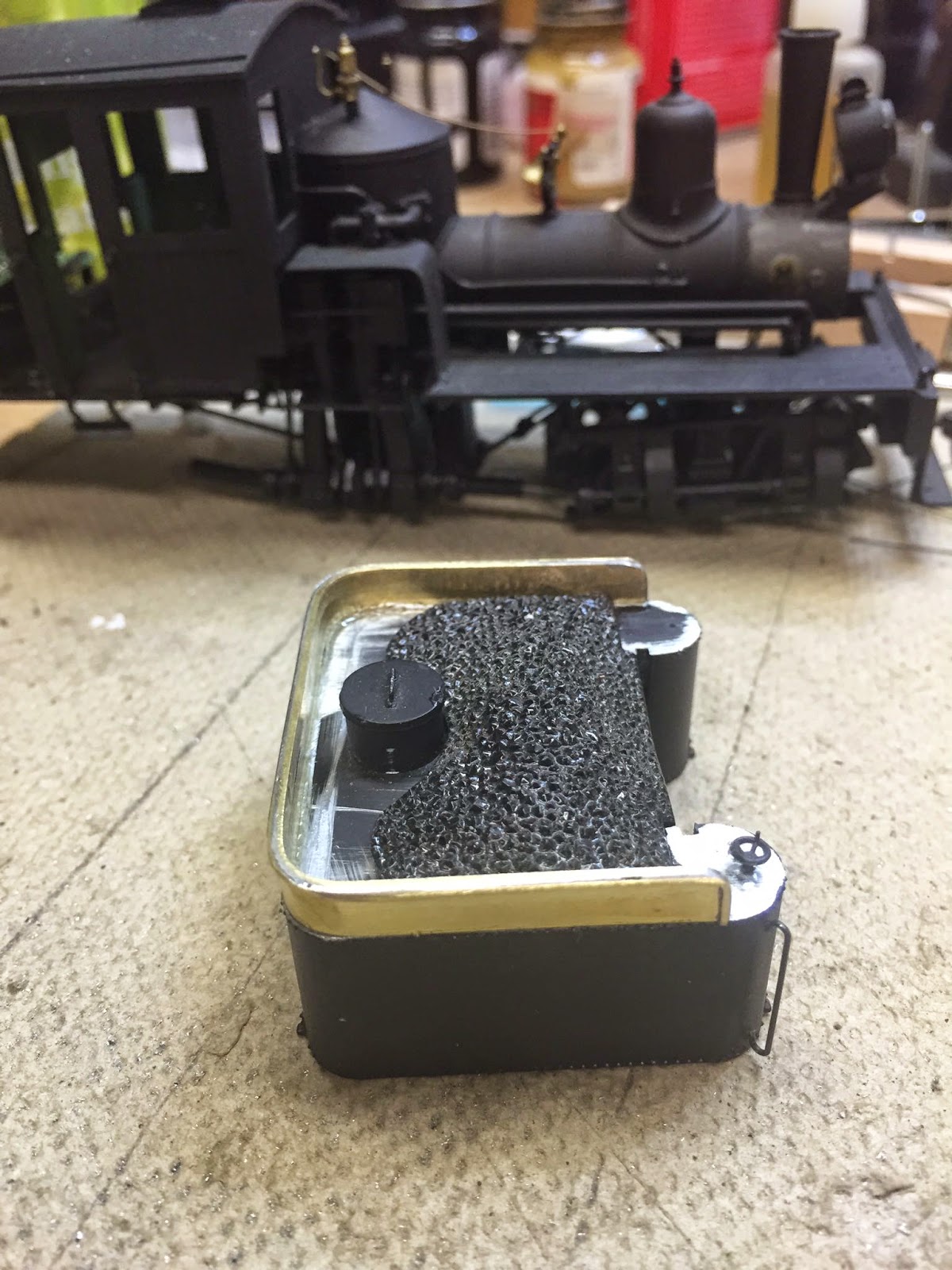 Once I got the tender shell back on, I finished the dome sander mechanism and sander pipes. Still need to fix the headlight, do some painting, add the other cab door, do some weathering, then add the cab windows. The project is coming along nicely. 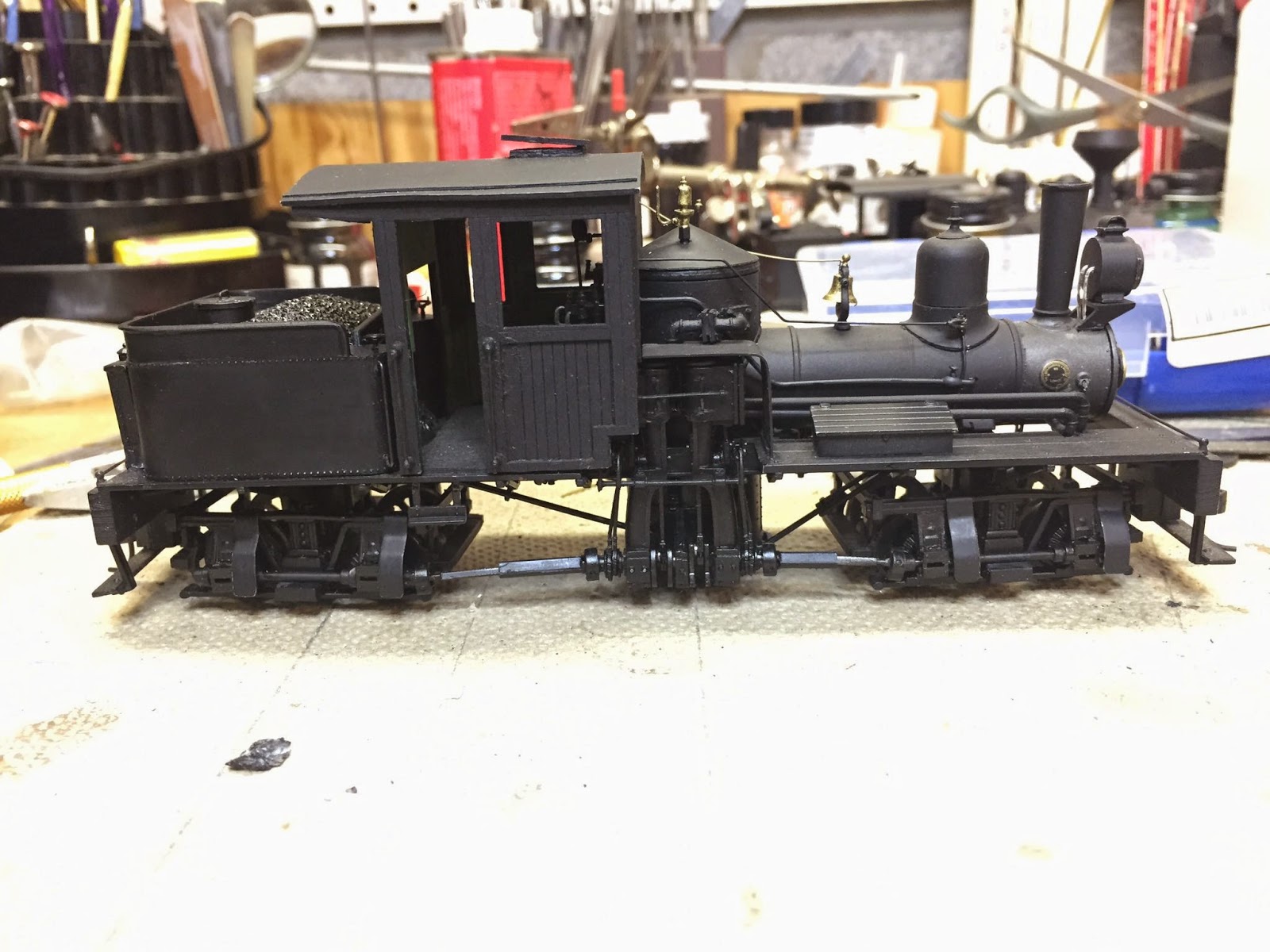 Here's one of their shays: http://www.gearedsteam.com/shay/images/kelley_island_lime_n_transport_co_17-sn793.jpg
Posted by mushva at 5:51 PM 1 comment:

Bachmann to Kelley Island Shay - Trying to finish another "Project"

The Kelley Island Lime and Transport Co has been an interest of mine since Lee Rainey published some articles in RMC back in the 1985. There are lots of photos and information about the line. Very tempting with the small shays, dump cars, steam shovels, ships, large steel bridges with passing sidings, tipples, etc.

While the Bachmann On30 shay is a bit small (13 ton) for the engines used on the KIL&T (lots and lots of 18 ton engines), I have always thought you could get it to look "close". So here is what I have been working on (an off) for a while. I added a small shay sand dome from Wiseman Model Services, a Cab from Banta, etc. Still need to change the tender a bit and add some details. 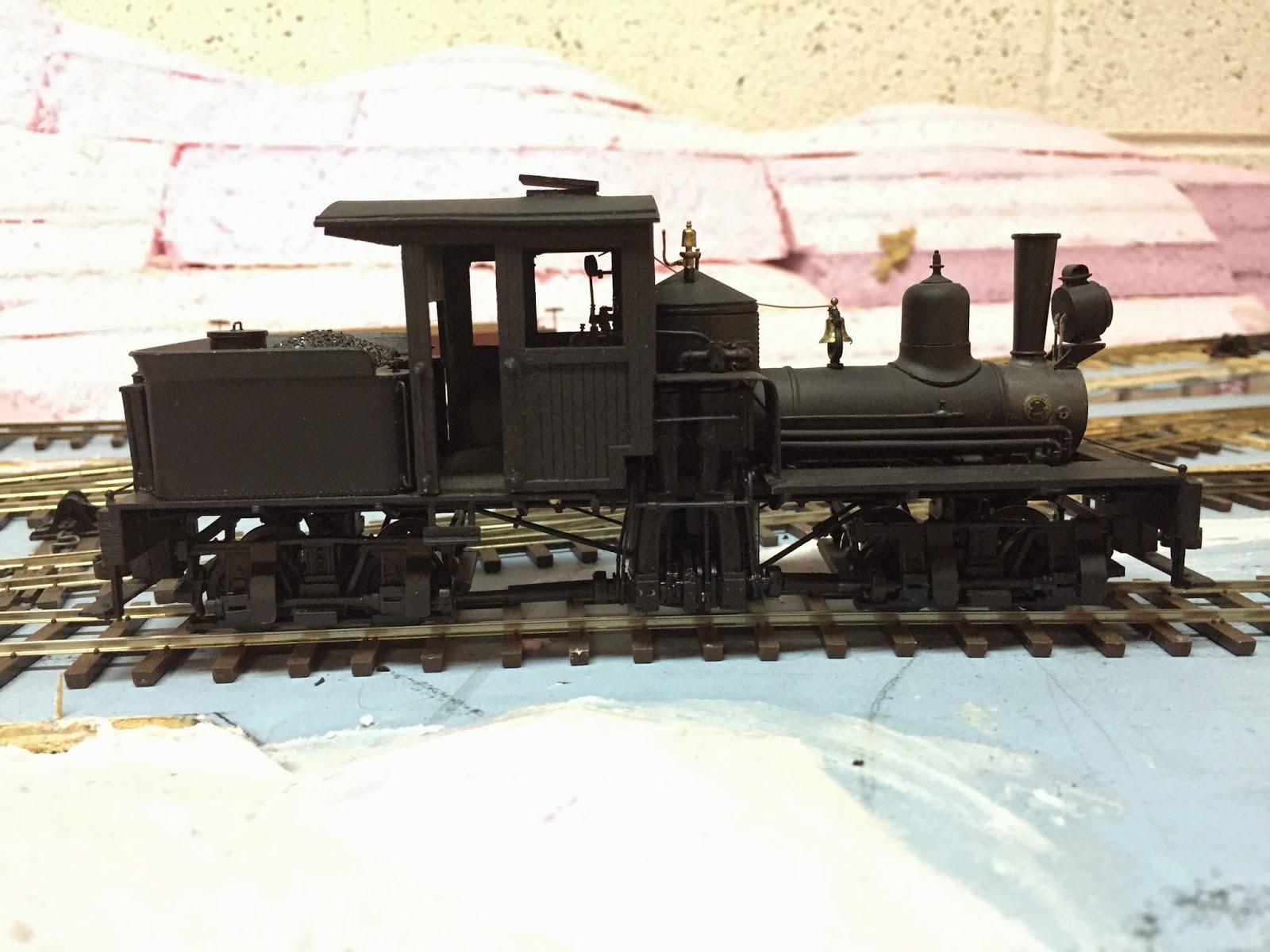 I just made and added some gear covers.  An easier project than what I thought it would be. They are mounted with AC glue and two pins each. 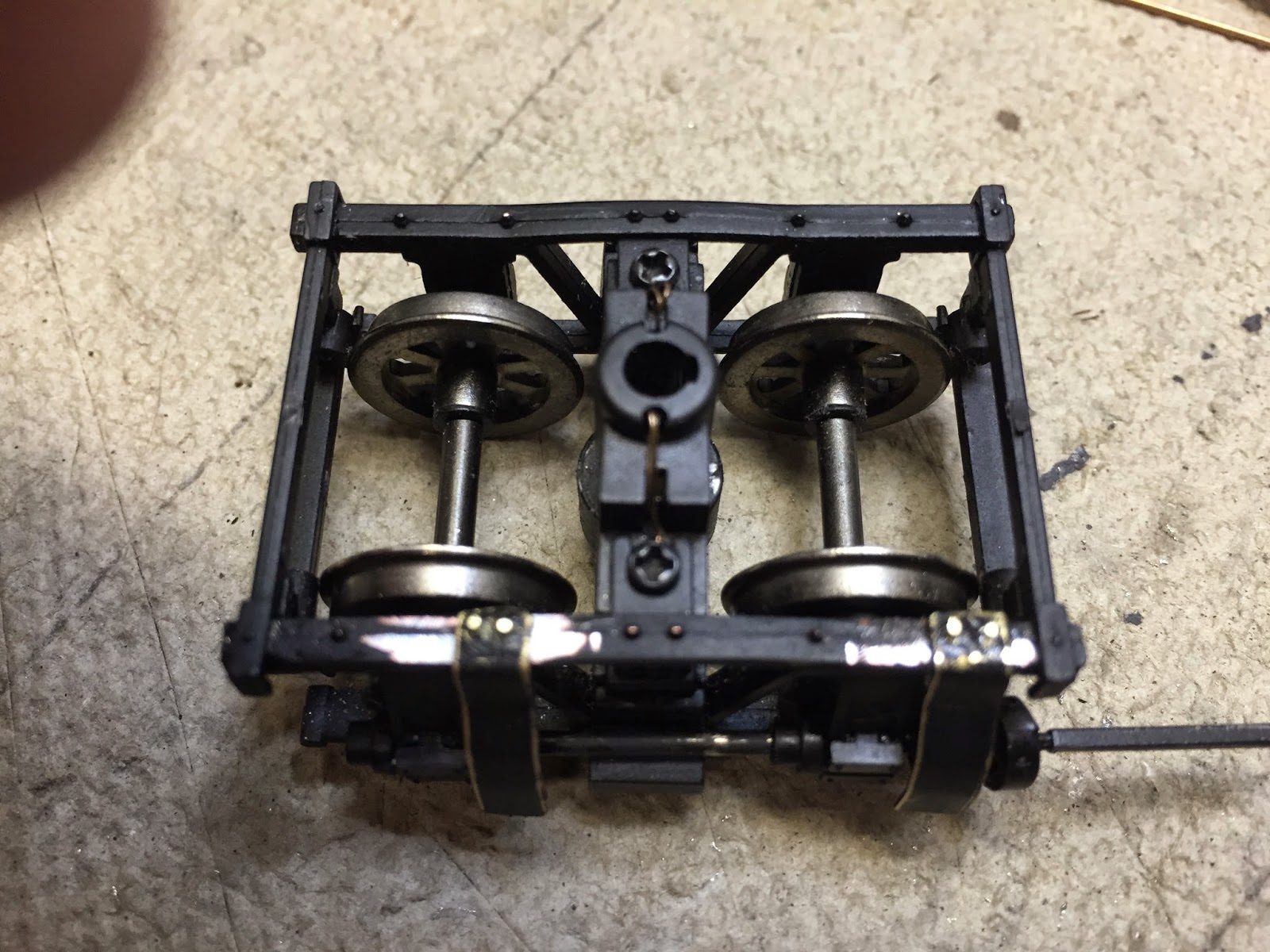 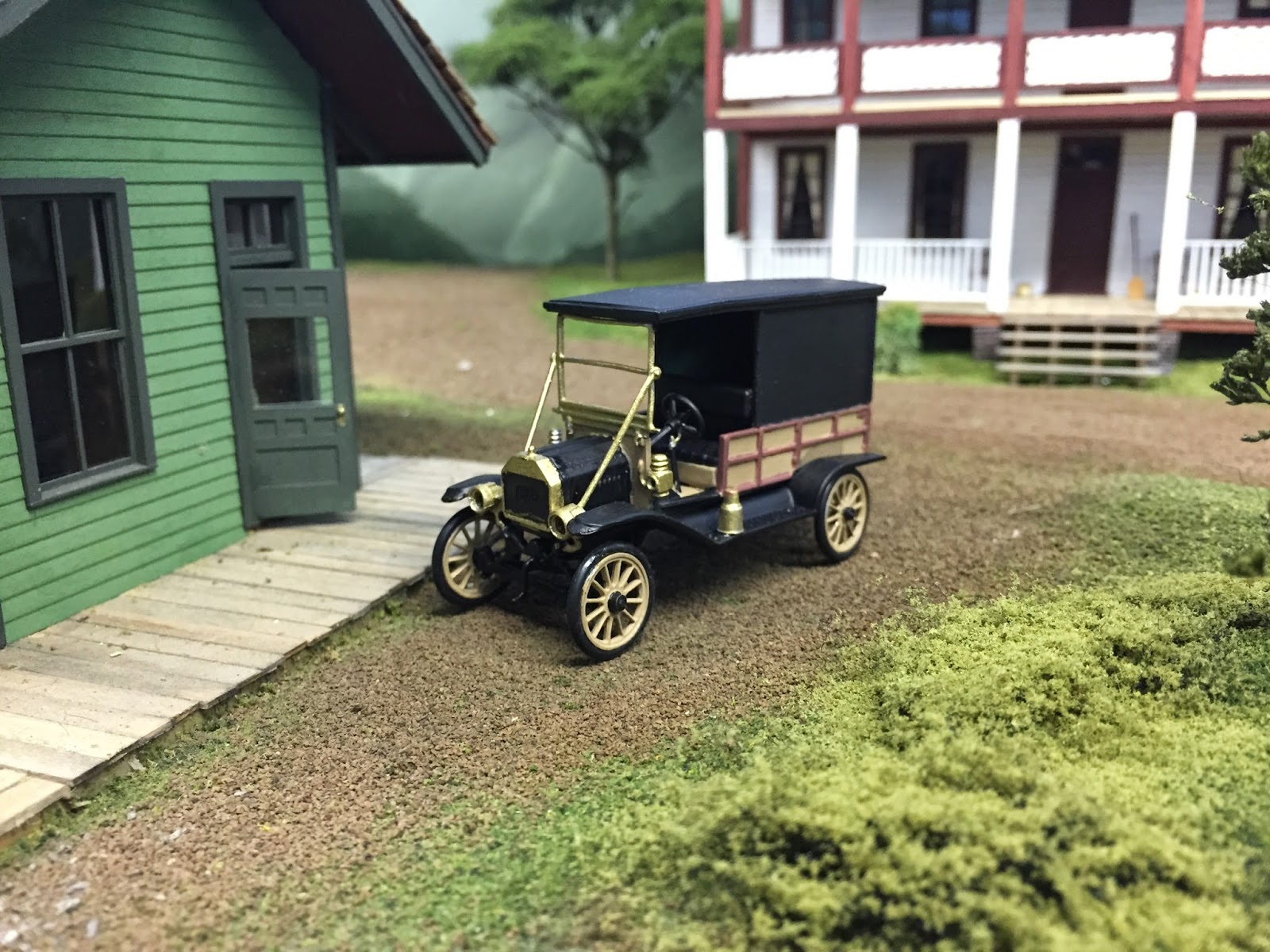 Finished two 1912 Ford Trucks from Wiseman Model Services. These kits have extremely nice detail for a soft metal kit. Very impressive. Only problem with the kits are that the soft metal is SOFT! If you look at a part too long, the force of your eye strain will bend the part. No, really! The first truck was the most difficult as I followed the instructions. Mistake! Definitely do not do the wheels, axles and underbody first. When you hold the model to fit the upper parts, you WILL bend the wheels and axles mercilessly. The second went together much easier since I put all the upper details on first, then the underbody details. The parts fit together very well (unusual in my experience with many soft metal kits). They ACC glued very, very well. The most difficult or most time consuming part is painting. Still working on that. 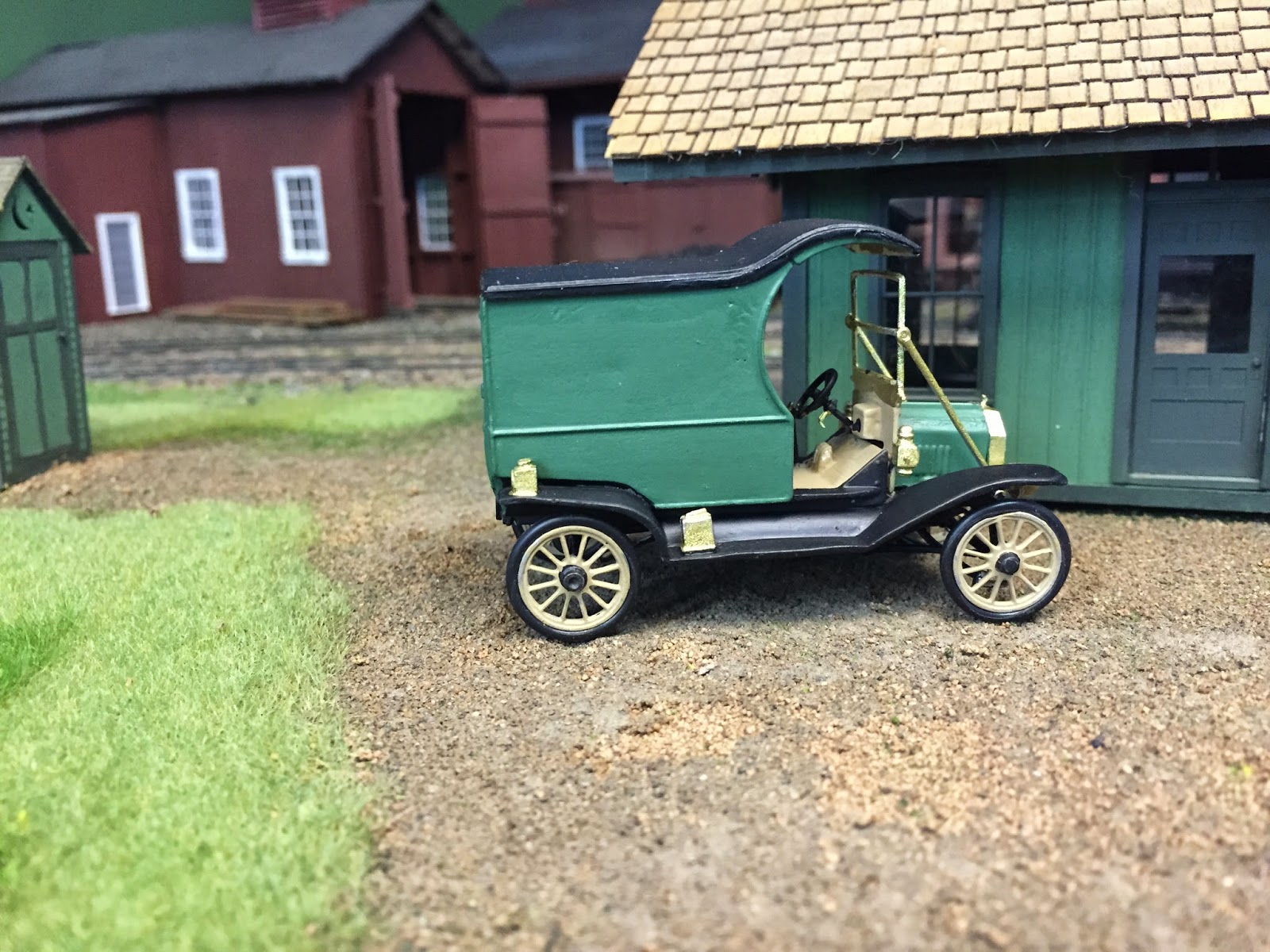 Great kits, they went together fairly quickly and easily. With as much time on bending stuff back and painting as anything else. I recommend these kits, just don't let anyone pick them (bend, bend) up.

Brian
Posted by mushva at 6:26 PM No comments: