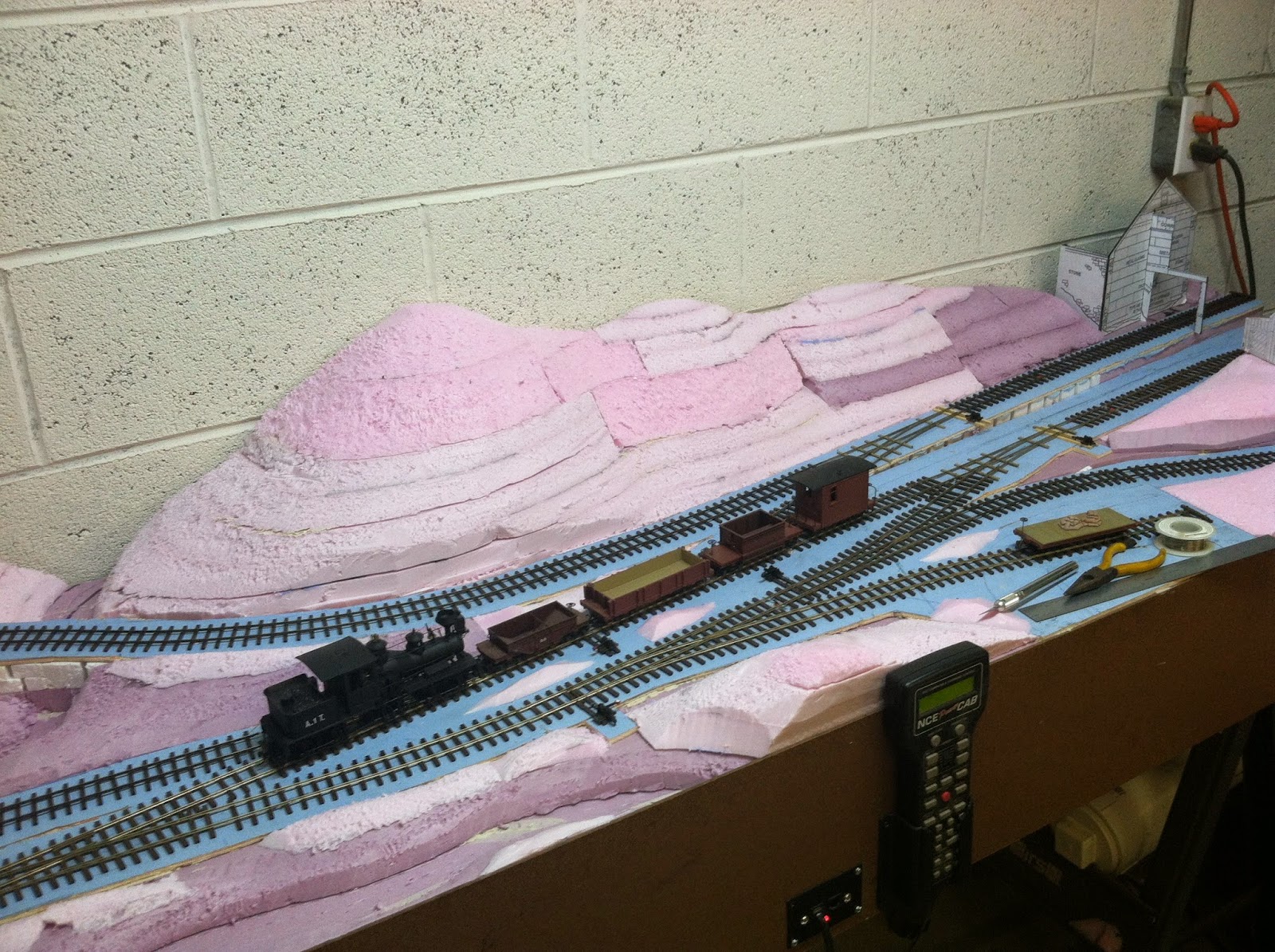 Making more progress with the Arroyo Tram. Cleaned up and back to operations. Very fun for such a small layout!
Posted by mushva at 1:07 PM No comments:

Managed to get some scenery down on the Arroyo Tram. Slow progress. While I'm a little driven to get more done, I'm finding myself more interested in building some cars, buildings, etc. Think I will try to get a little more base scenery profile done and then take a brake, build some cars or another shay........ Arroyo Tram Up and Running!

Over the weekend, I was able to install all the track and get the Arroyo Tram wired up. Trains are running on the layout. Had some issues with the layout not being level and thus turning my grades into 6% uphill rather than 3 and 4%. Once I got that fixed, things ran fine. 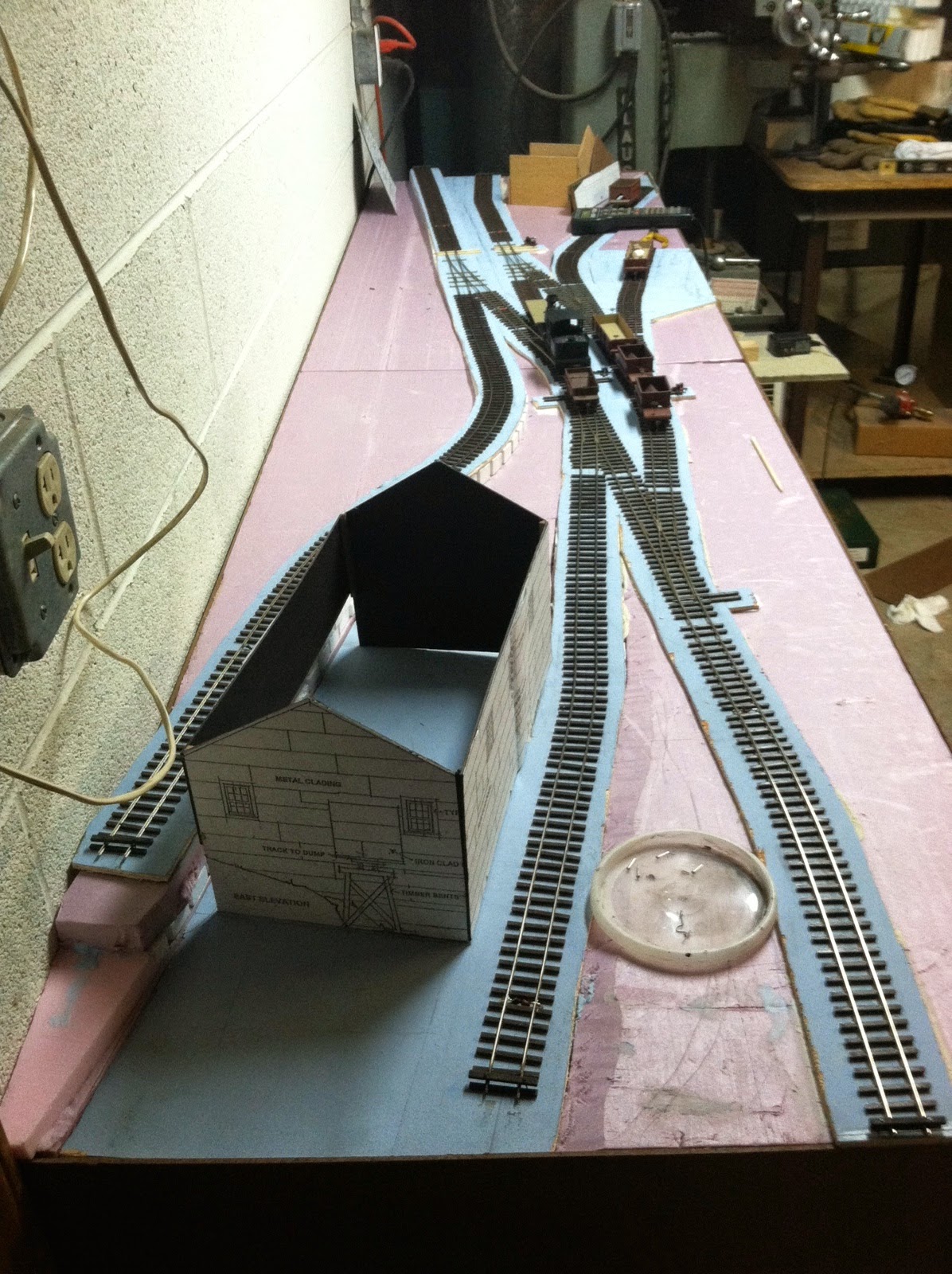 Also took my On3 shay truck apart, added washers to eliminate the "play" in the drive wheel. Re-assembled and while it certainly made a difference, it still did not eliminate the jam entirely.
So, I finally completely dissasembled the truck, all gears, etc. and FOUND THE PROBLEM!! The drive shaft for the gears was slightly bent, a few thousands off. It was one of the only parts that was assembled when I bought the kit and has cuased the greatest strain for me. New shaft material has been ordered and the shay awaits completion! 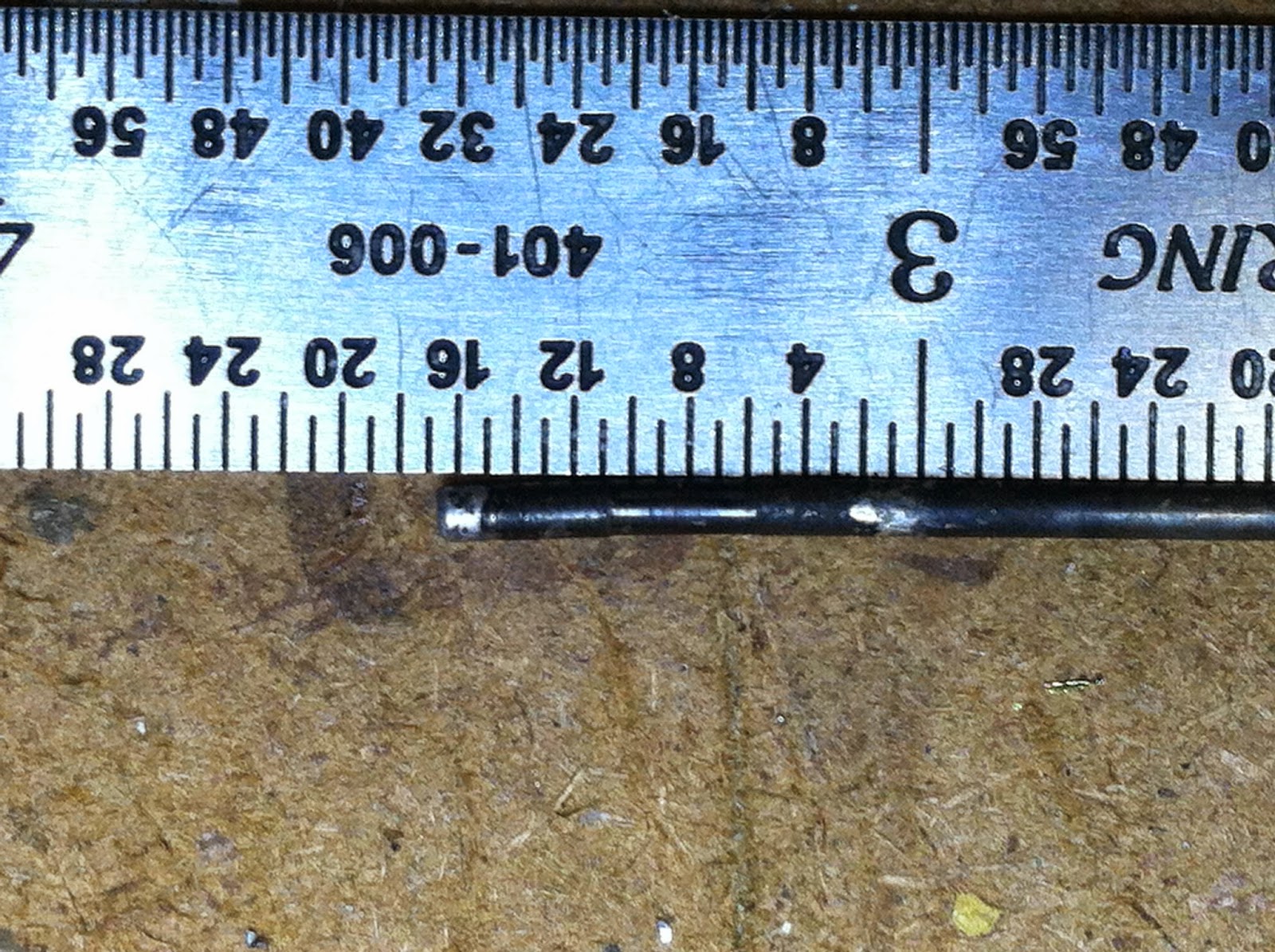 Posted by mushva at 6:48 AM No comments:

Email ThisBlogThis!Share to TwitterShare to FacebookShare to Pinterest
Labels: Arroyo

Well, I finally started another On30 western mining layout. This time it will be called the Arroyo Tram, based loosely on the Gilpin Tram in Colorado. I will follow some of the Gilpin practices and area, such as the style of scenery, mines used, equipment, etc, but will do so on a freelance basis rather than strictly follow the prototype.

I used a 24 x 96 -inch base that was originally to be a Mexicano 30-inch gauge switching layout. Problem was, with large 2-8-0's and longer cars, you really can't do much in a 2 x 8. The Gilpin indea has been with me for many years. I attempted something in 0n2 but quickly gave up. With the fairly large amount of equipment available in On30 for the Gilpin, it seemed like a natural fit.

Three mines based on the Whiting, St. Loius Mine, and the Grand Central. Grades will be 3 and 4%. Poor running quality of Bachmann equipment on larger grades was the limiting factor here. Curves are 24 and 30 inch radius. Base is build using the standards of the Texas On30 group found on Yahoo groups. Track is Code 83 Micro Engineering with a Mix of Micro Engineering and Fast Tracks Turnouts (No. 5).

I easily removed the top two layers of foam insulation from the Mexicano switching layout. Not sure if the ease of removal was a good thing or a bad thing. I used three adhesives this time. Loctite Foam, Liquid nails projects, and some Irene's Tacky Glue. Using Woodland Scenic risers for 3% and 4% grades. All of this material, except for two left hand switches, I had from previous layout work. 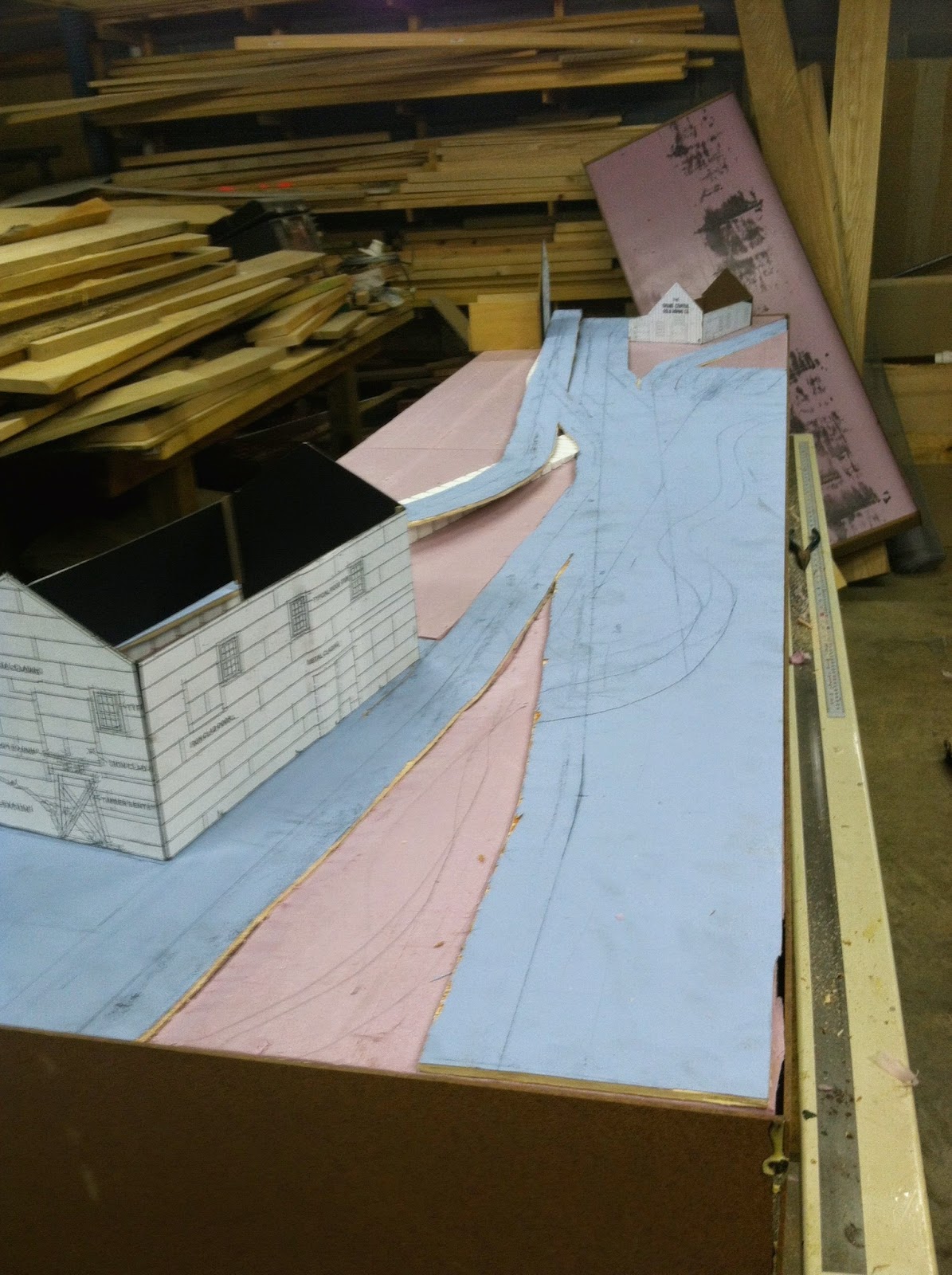 Posted by mushva at 5:50 AM No comments:

New Mine, Mann's Creek, Cass and On30

Its been a while since the last post. Keeping a blog up is a pain. Oh well. 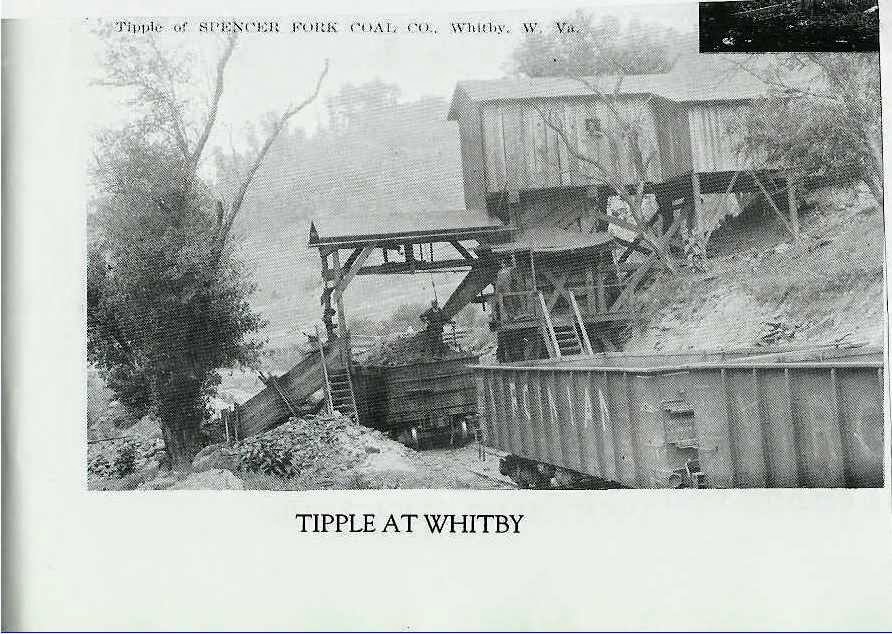 Mostly completed and installed a mine in the Collins area based on one at Whitby. Picture coming soon.

Spend a few days will Jeff, "Coaltrain", looking at old stuff, chasing remnants of the Mann's Creek and riding trains at Cass.

I got a chance to climb in and onto one of the Moore Kepple Climax locomotives. I saw this as a child years ago in a trolley museum. Now is up and running. 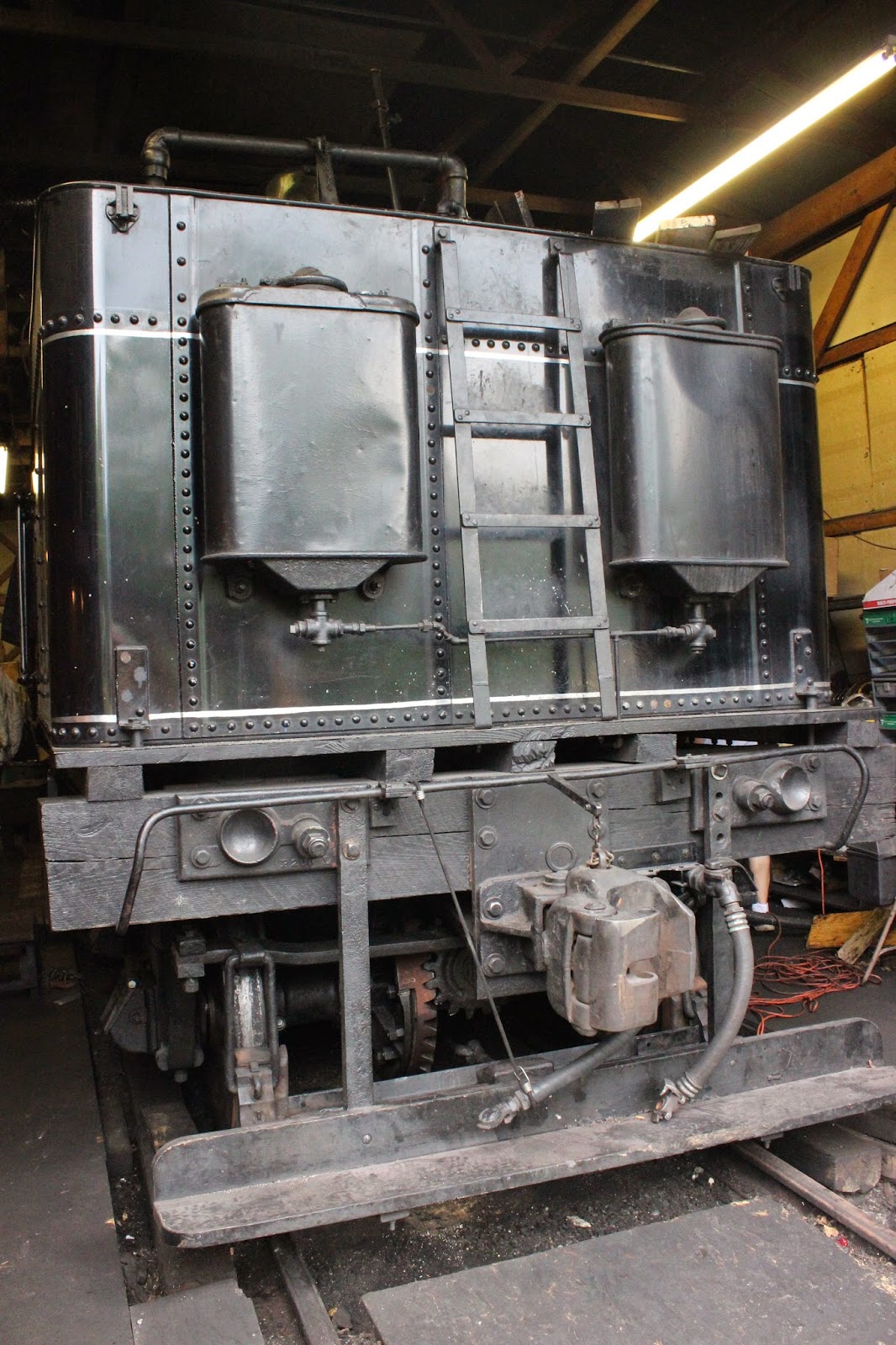 Here's Jeff working the log train on the DC&L 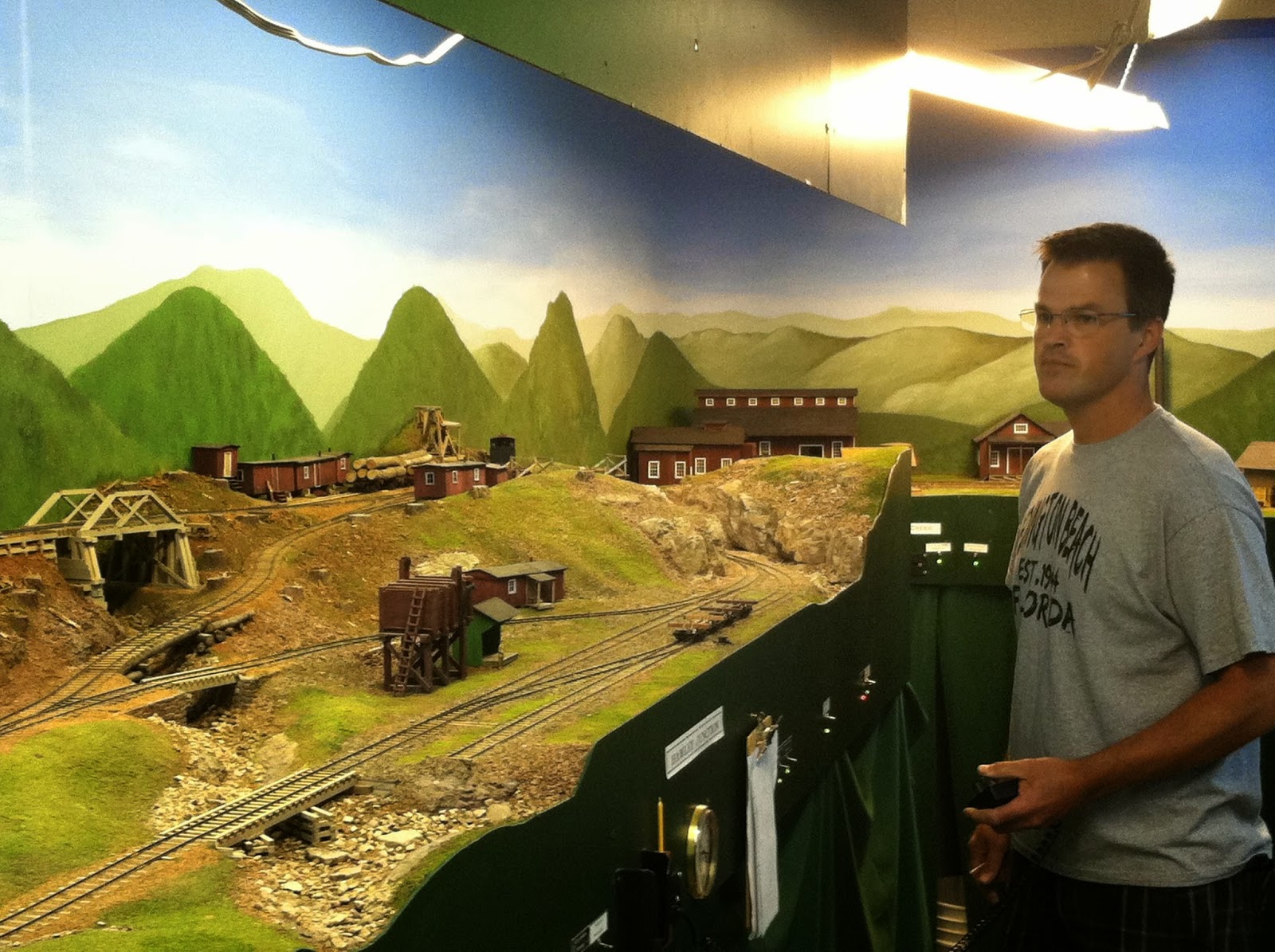 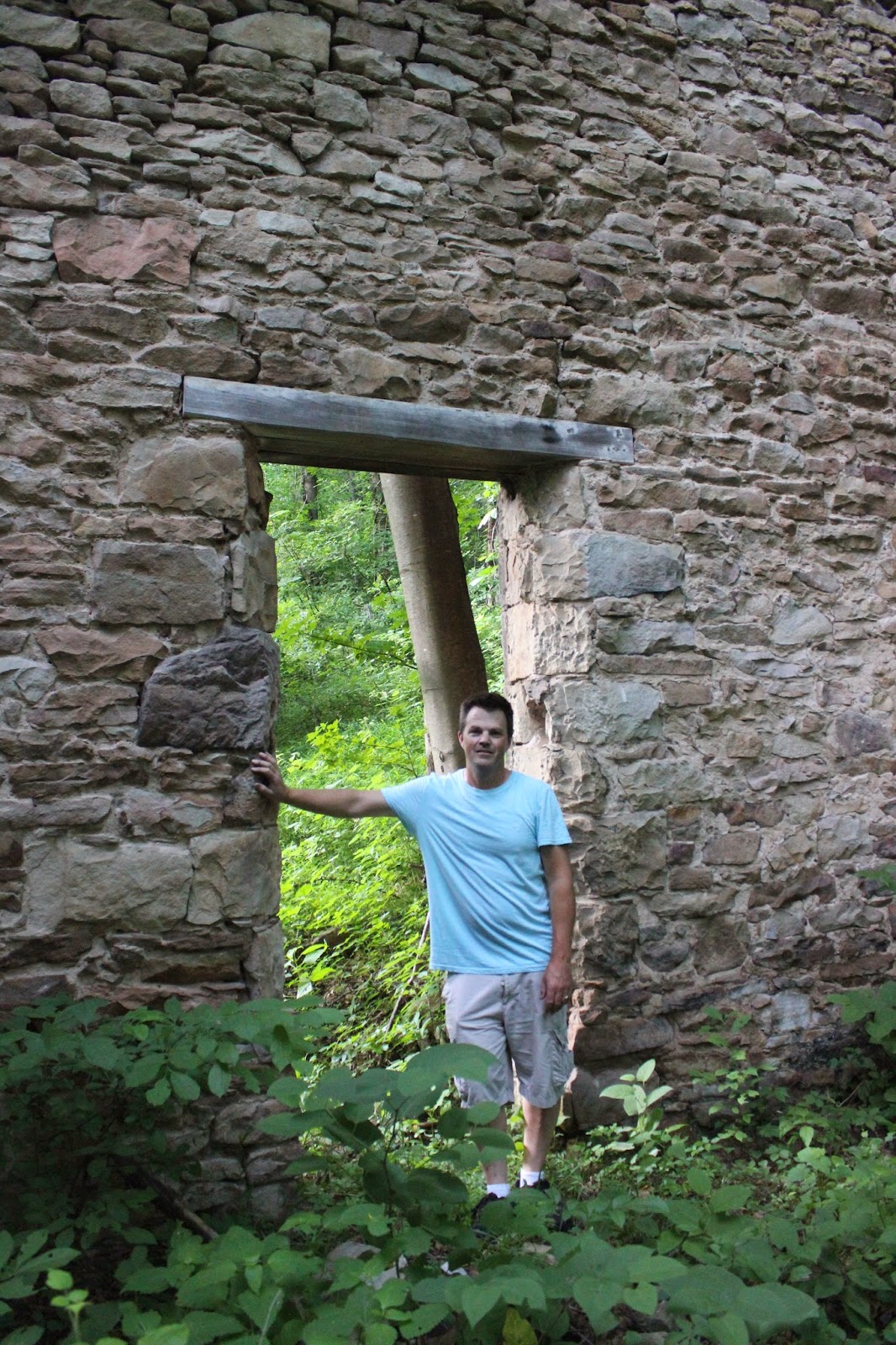 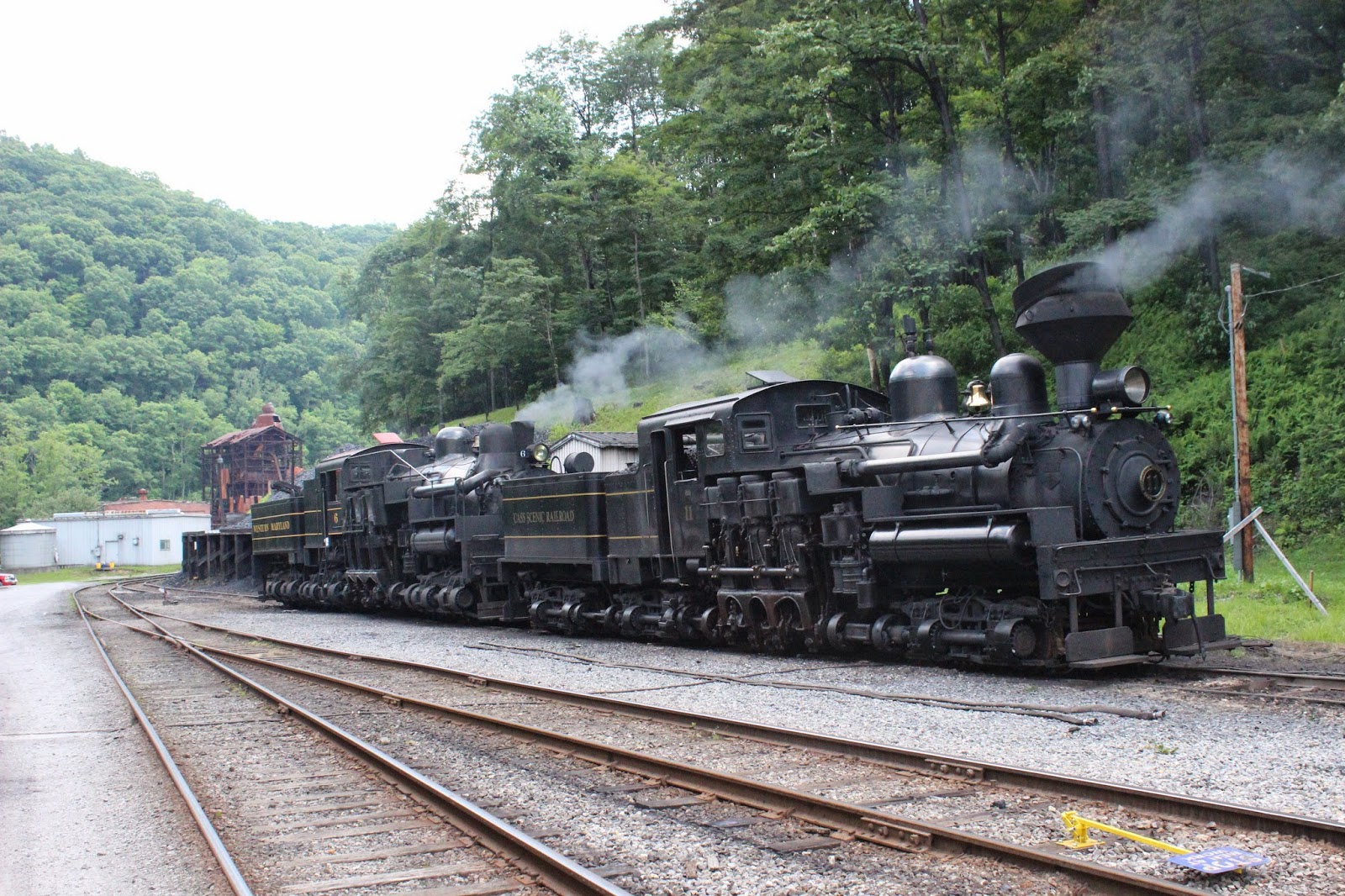 Been building resin kits for the On30. Kind of miss working with brass. Resin is brittle and soft metal castings are very fragil. The kit went together just fine, its adding it all together (cab, boiler, details) that has cost so much time in repairing broken parts. Oh, well. Nice kits when you get them done. 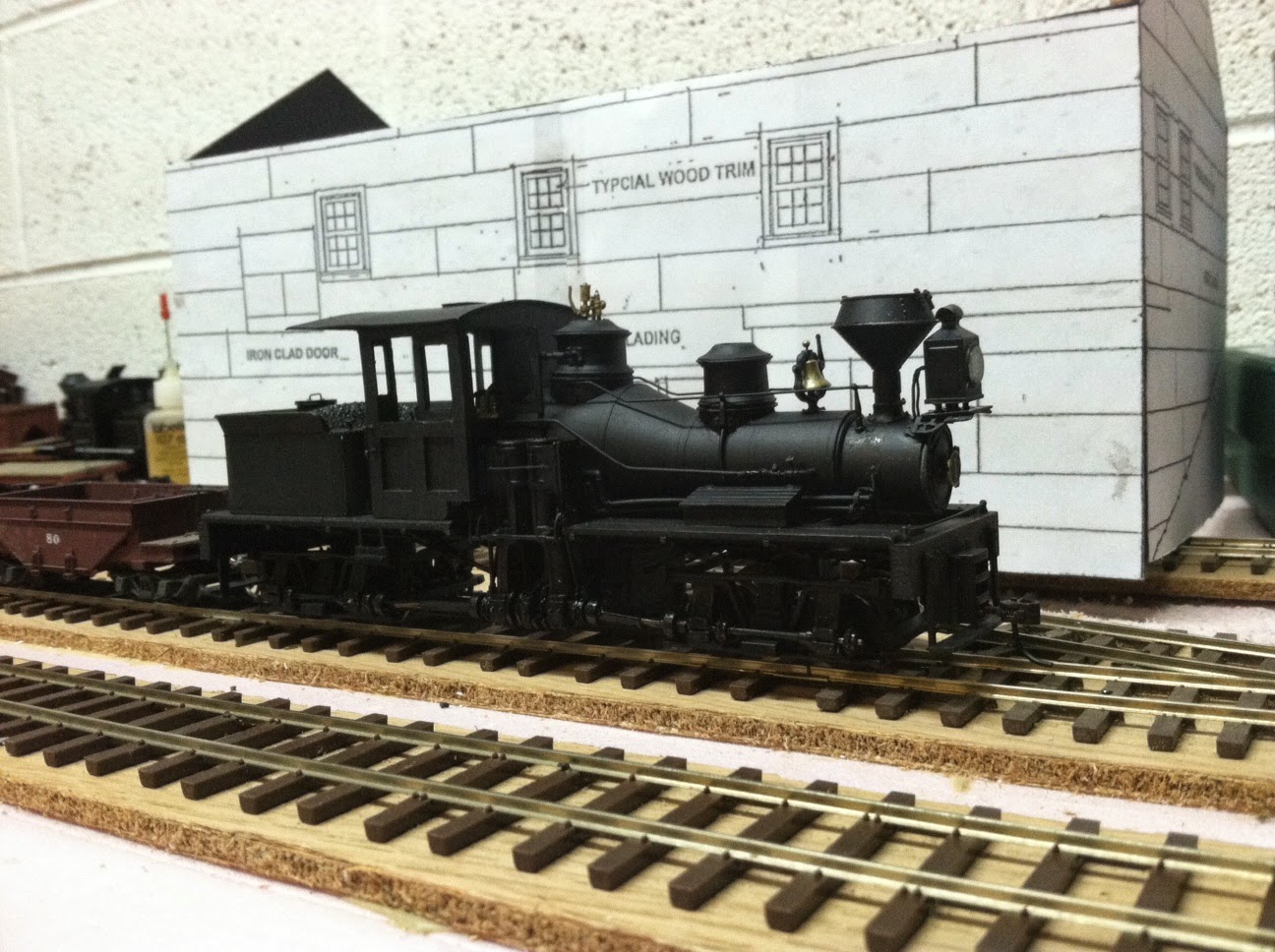 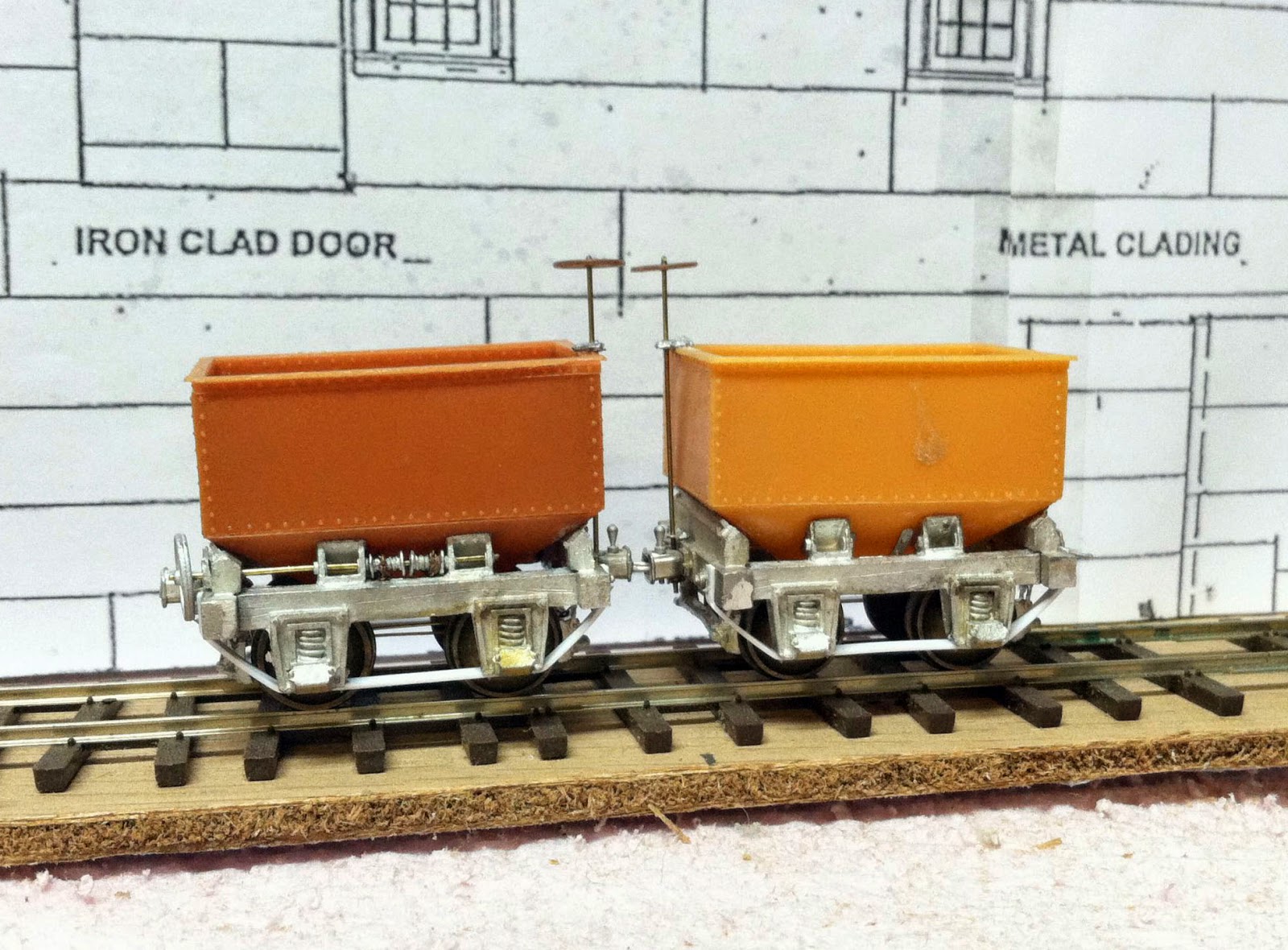 Posted by mushva at 6:49 AM No comments: