Saturday, April 1st was the Narrow Gauge Union meet in Roanoke, VA. I had been scrambling to finish half the Albion module for the meet. Sometimes it is good to have  a deadline to push getting something finished. 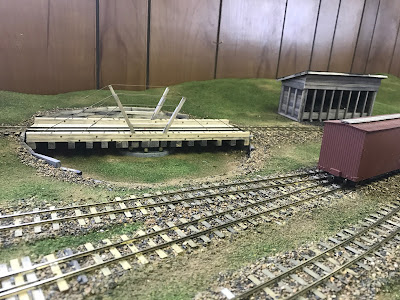 It was the first time I had the turntable wired up. It ended up working well due to the frog juicers wired into the layout. I till want to wire it up properly but was surprised that the juicers worked for the turntable. Interesting. 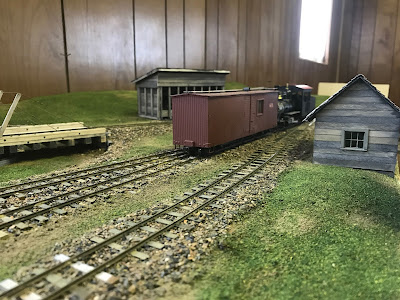 The module ran very well. Turnouts worked, no derailments.
Several folks kept trying to get On30 cars onto the rails. Seems that a two foot module modeling two foot was confusing. 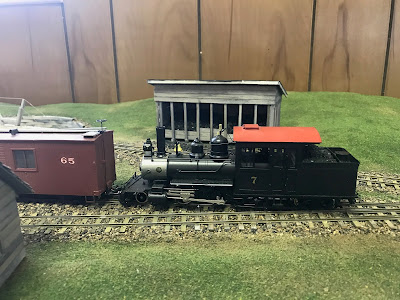 The completed coal shed is in the background. Since there aren't any pictures of the roof to indicate whether it had singles or not, it likely did, I used tar paper. Tarpaper will provide something a little different since all the other structures are shingled, many even on for the siding. 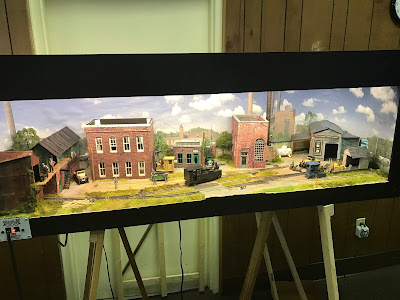 Hank had is On18 module running. It ran the whole day. I really like his shadow box, looks great. 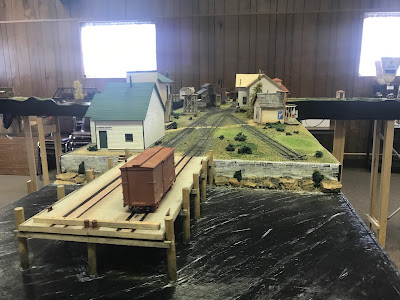 Mike and Rick had their modules up. Rick had really expanded his into a nice version of the Gump Stump and Snowshoe. I got interrupted taking pictures and failed to get any. 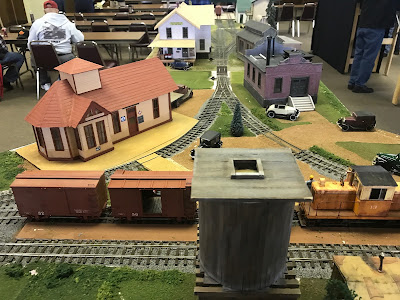 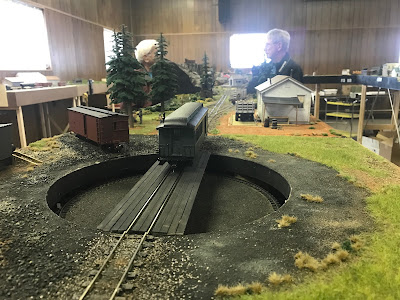 Several folks from Lynchburg were in attendance with modules. There was even some large scratch build models on display. 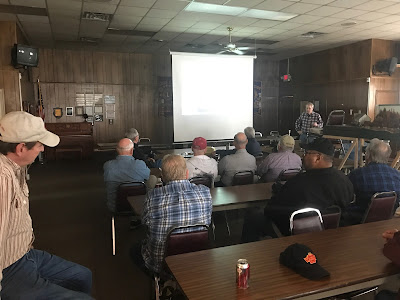 Several excellent clinics were given. Steve covered coke ovens and coke manufacturing, using some cool graphics. Chris Riley gave a clinic on the new MicroMark laser cutter, Hank did one on making trees with wire and I covered Albion on the WW&F. The laser cutter is nice but I can't justify the expense at this point. If I was starting out and had to build a lot of buildings, I could easily see the justification.  We'll see..........

Posted by mushva at 6:35 AM No comments:

Email ThisBlogThis!Share to TwitterShare to FacebookShare to Pinterest
Labels: On2, On30
Newer Posts Older Posts Home
Subscribe to: Posts (Atom)