I recently finished up, i.e. painted, a couple of On30 projects that have been ongoing.

First is the new Arroyo Tram tank car. The model is my version of the Gilpin Tram tank car that was built in the C&S shops. The tank car was used to haul water to mines that had "bad" water for their boilers. 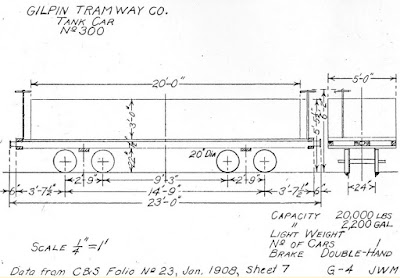 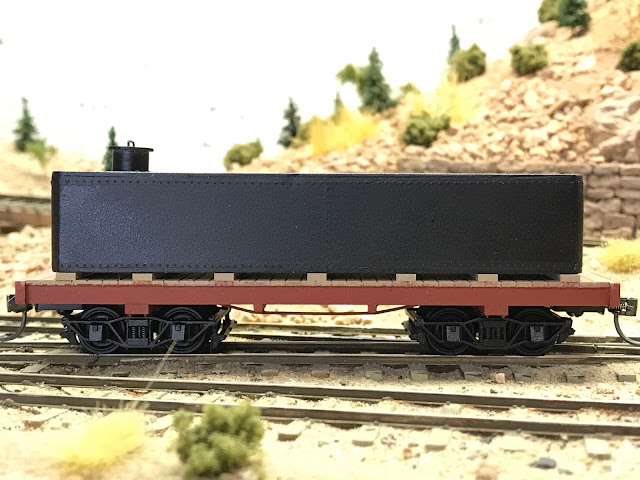 I also finished up and painted a Chivers Finelines flatcar, freelanced but based on the Gilpin cars. My last such kit. Sorry to see them go out of business. 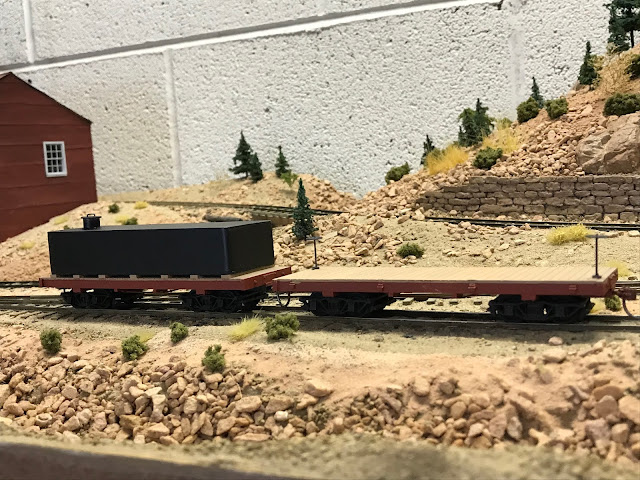 Here are two all steel ore cars based on the old Roundhouse or Model Die Casting ballast cars. Years ago, I had seen a kit-bashed version similar to these. I have no idea where I found the picture but I liked it and picked up a kit to bash.

Long time later........I bashed this up so quickly that I bought a second one on ebay, super cheap. The only difference between the two is how I did the ends and where I located the chain turning mechanism to open the drop bottom doors. 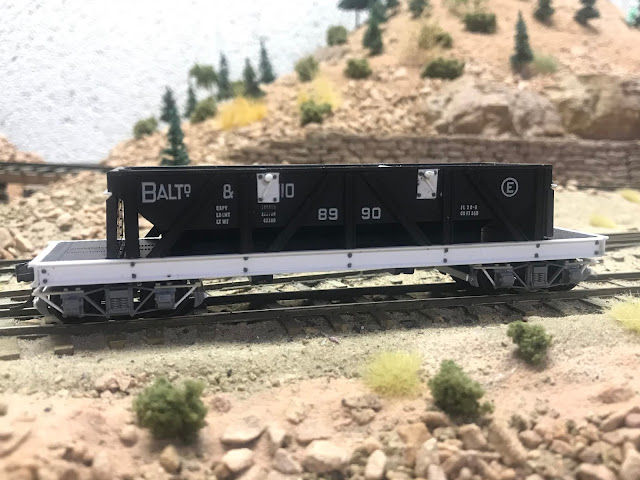 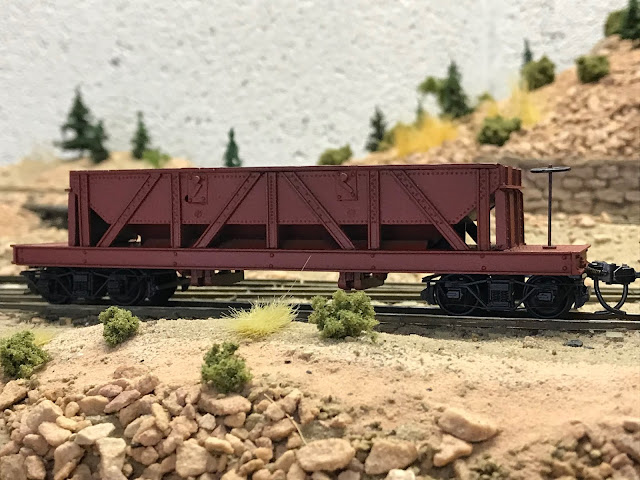 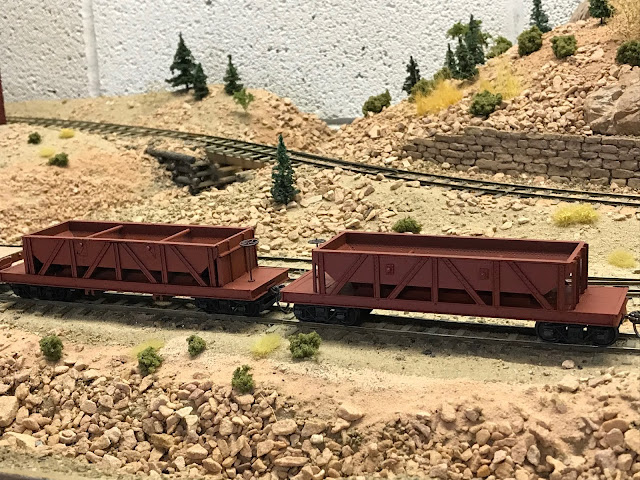 I wanted to use trucks that have brakes that hang from the trucks, as per Gilpin style but SlimRails or the "new" Chivers Finelines closed down a few years back. So, while looking at Tichey archbar trucks, I wondered if they could be modified? Yes! A fairly easy and quick conversion though I had to wait between steps for the adhesive to dry completely. I think they came out very nicely and plan to modify a few more. I was even able to use the brake shoes that come with the truck kits.

The Chivers Finelines trucks are on the left and my modified Tichey's are on the right. Yes, I used smaller wheels to get the right coupler height but one could easily use larger Kadee wheelsets. The picture is mid production, so only one set of brakes is shown. The finished and painted trucks are in the picture of the completed car above. 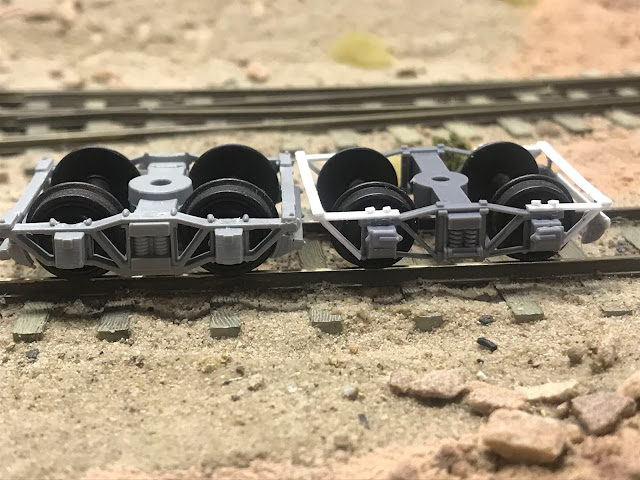 Email ThisBlogThis!Share to TwitterShare to FacebookShare to Pinterest
Labels: Arroyo Tram, On30