The Arroyo Tram received a new engine house. I scratch built the engine house based on plans for the Gilpin Tram's engine house that appeared in the NG&SLG. I modified the length to two stalls and left of the shop facilities off the rear. No doors at this point, I think they might cause problems with the location of the tracks on this module. I think it came out nicely, now to get some scenery on this portion of the modules! 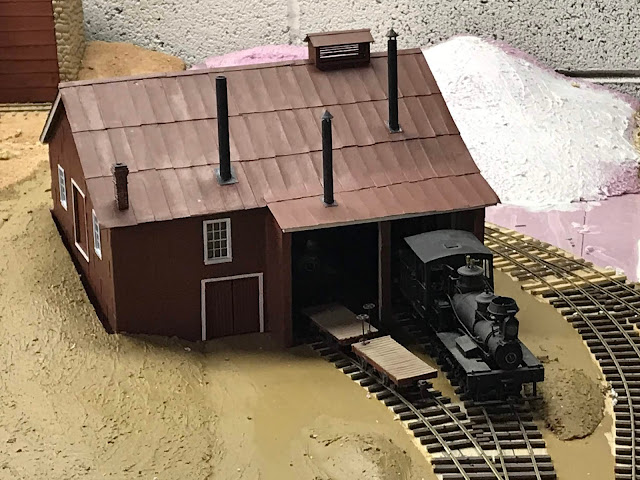 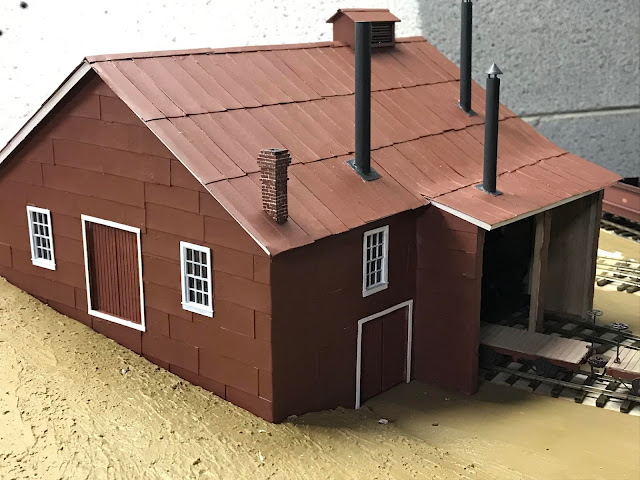 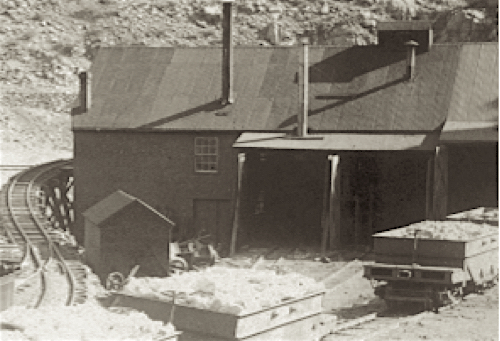 The prototype from Keith Pashia's Freerails blog on the Gilpin Tram: http://www.freerails.com/view_topic.php?id=4599&forum_id=17&jump_to=84368

Email ThisBlogThis!Share to TwitterShare to FacebookShare to Pinterest
Labels: Arroyo, Arroyo Tram, On30