I've had a little time to work on the layout this month, so  Arroyo Tram  (On30) extension has been progressing along. Getting land forms up and preparing for some scenery. I've also been working on a Gilpin Tram style engine house, two stall instead of three. Running trains to make sure my two home built curved switches work ok. They seem to. My three cylinder kit-bash of the Backmann shay is in the paintshop and should be revealed soon, although with the start of the semester looming, it could be a while. 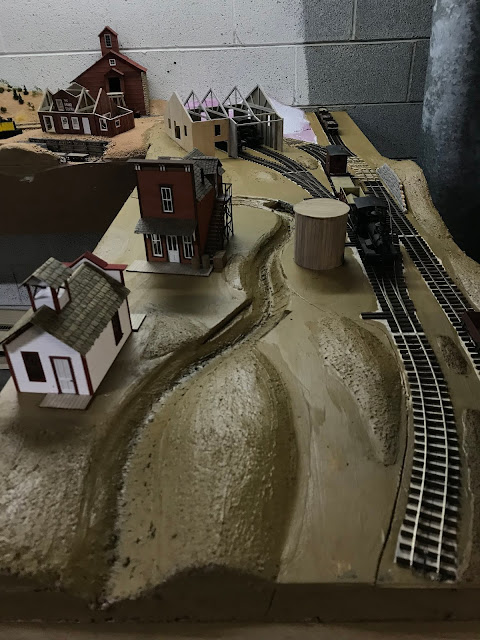 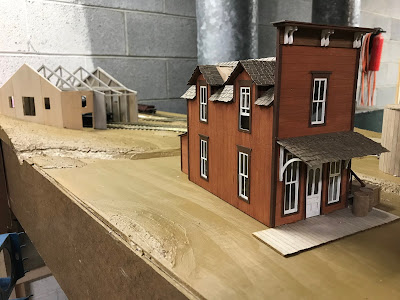 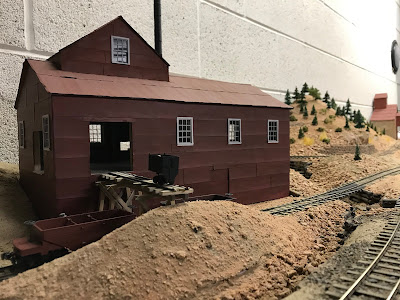 One of the mines on the Arroyo Tram. Man, I really need to work on a backdrop! I just don't enjoy them. Maybe a printed backdrop for something different?

Ran some trains last night on the Deer Creek and Laurel (On3). My son has very recently begun to enjoy the "puzzle" of switching cars to selected spots. So long as I keep it simple and only help when asked, he really likes it. He's always enjoyed running trains around but this is an interesting twist. 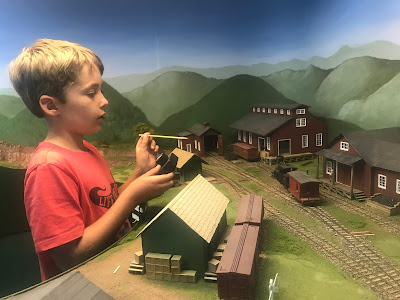 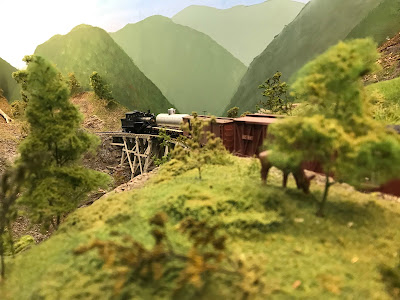 I've been wanting somewhere to send trains and make up trains for my On2 Albion module for quite some time. Getting track down on the Arroyo Extension really increased my interest in operations and I wanted something similar. Switching Albion is really neat as the yard is basically set up just like the prototype, just more compact and contains a runaround since I don't think gravity will work to drop cars in On2.

There is actually a fair amount of variety of freight handled there for a narrow gauge. During my last visit home, my father let me take a peak at an actual W&Q, WW&F bill of lading book. You can see the handwritten freight handled to and from Albion on a daily basis from 1897 to 1902. Cool, a lot more bark was handled than I expected. So, I decided to build some kind of staging, staging turntable to selector plate staging yard. Gave up when I figured out I could make a "fake"version of Weeks Mills, which I have always wanted to model. So, the only prototype arrangement I'm following is the station, freight house and run around track. An engine house and turntable (gone by the time period I'm modeling) will be freelance. However, it fill fit the flavor and give me somewhere to run trains and more switching to get back to Albion! Benchwork is underway! 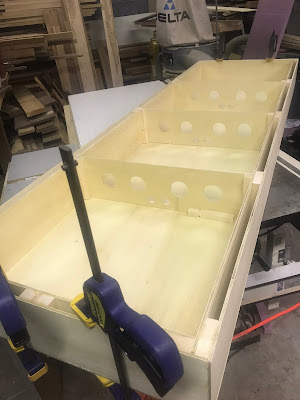 I'm trying yet another method of building lightweight modules. Quick to assemble but I'm not convinced this is any better than my previous approach.  See you next month!

Email ThisBlogThis!Share to TwitterShare to FacebookShare to Pinterest
Labels: Arroyo Tram, On2, On3, On30