Boxcar 312 and Shadow Box for the Arroyo

I recently finished my version of WW&F boxcar 312. The car was one that had it's roof raised and there were lateral side boards on the top of the car on one side and the other had them only on one side of the door. Interesting kitbash. I started with a TrainTroll WW&F 309 boxcar kit and modified it a little. Why? Well, I thought the kit was great and would make a great Christmas gift. I think it came out quite well. 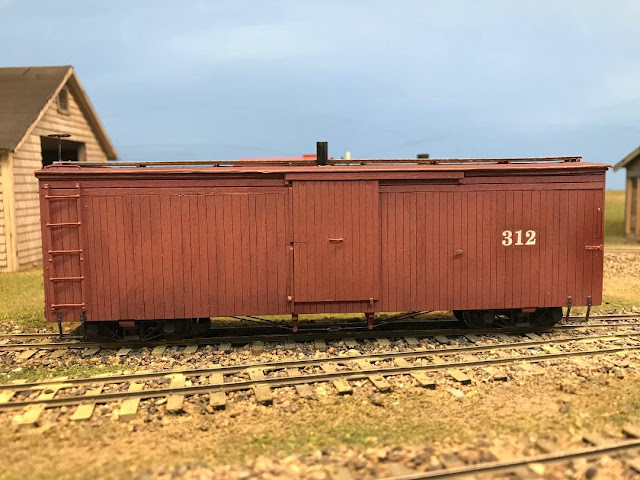 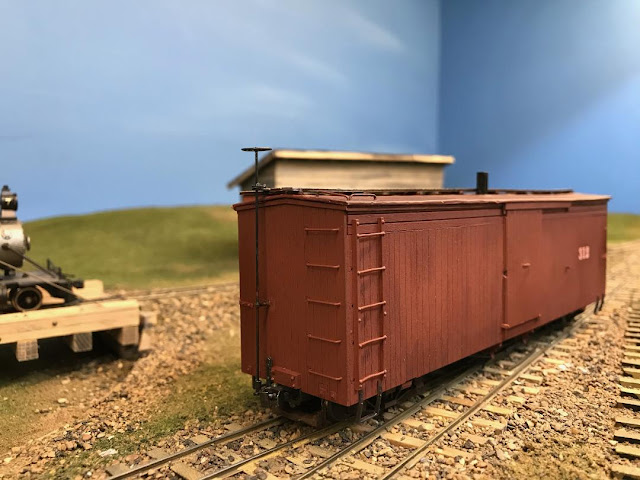 I have also been working on getting the much needed backdrop up on the Arroyo Tram. I've added LED lights and and a "Shadow Box" style valence. Lesson I learned the hard way: I tried to get the same LED's as used on my WW&F module. Oops! I got ALMOST the same thing. Turns out these are 60 LED per meter not 120 per meter! Makes a big difference in the brightness. Too many variables with these things. Type of LED, color, dimming, and how many per meter. Regardless, having something blue in the background really looks much better than cinder block wall and the painted valence makes it look for finished. More backdrop painting to come. Mountains and stuff. Maybe I'll procrastinate a while........... 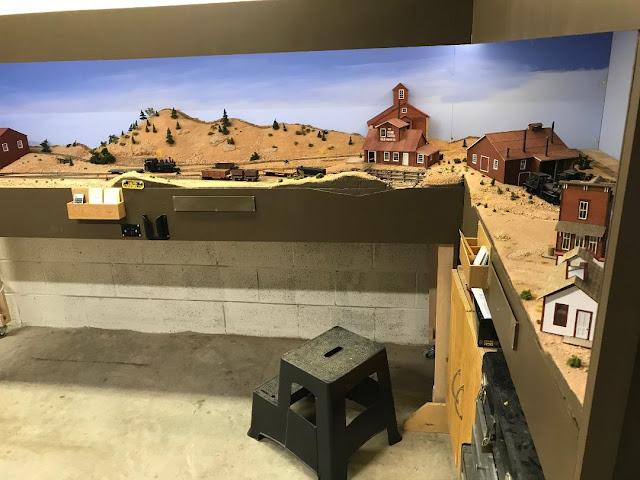 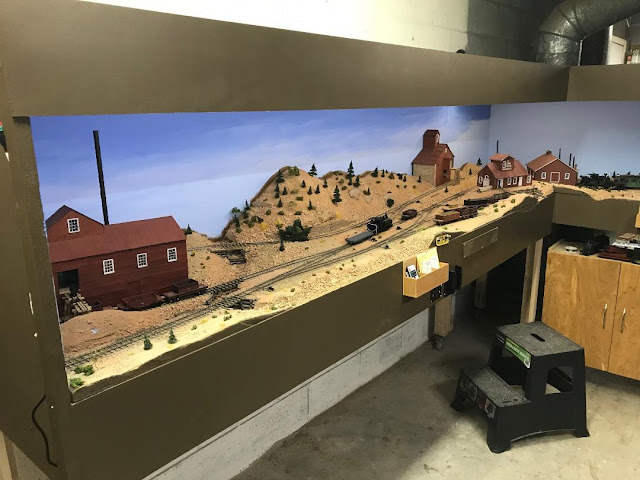 Email ThisBlogThis!Share to TwitterShare to FacebookShare to Pinterest
Labels: Arroyo Tram, On2, On30